Born on November 10, 1982, Rafael Quimpo Rosell IV is popularly known as Rafael Rosell in Philippine Entertainment. He is an actor and model by profession. Rafael was born in Norway and grew up with his parents, his father is a geologist from Cebu and his mother is a nurse from Bicol. Rafael has two siblings and is living alone in the country. He started his showbiz career sometime in the year 2000 when the family went home for a vacation. It was his mother who has found out about auditions in ABS-CBN online. Rafael then tried his luck and eventually land on a toothpaste TV commercial which paved him the way for TV and Movie breaks. He is managed by Star Magic of ABS-CBN Network. Rafael started to do some acting workshops with the network to further his acting skills in 2002.

He was then included in several ABS-CBN TV programs such as ‘Midnight Phantom,” in which he played the role of Brandon Brazil, in “Kristine,” as Marco de Silva, and in “Dahil Sa Pag-ibig,” as Mayor Edson Zaguirre. In 2004, he played a lead role opposite Claudine Barretto in the hit TV teleserye “Marina.” An all-male group was then created by the network which put him together with Zanjoe Marudo, Jon Avila, Victor Basa and Jake Cuenca in 2006. He earned his first URIAN Best Supporting Award via “Rome and Juliet,” an indie film. He had a chance to do a movie opposite Jolina Magdangal in “Kung Ikaw Ay Isang Panaginip,” under Star Cinema. In the blockbuster ABS-CBN teleserye entitled “100 Days to Heaven,” he was teamed up with Jodi Sta. Maria.

Eventually, Rafael Rosell transferred to GMA 7 after being a talent of ABS-CBN for quite some time. He did “Temptation Of Wife,” opposite with Marian Rivera. Rafael is also a popular product endorser of Bench, Tide Detergent and Nestea Iced Tea. Named as one of the 15 Hottest Hunks Ever, he is also featured consistently in Cosmopolitan Philippines Hottest Bachelor list.

Rafael Rosell had a girlfriend for three years named Malaya Lewandowski that broke up with him after being together for a time. He said that he was surprised to know that she left him for another guy. Other relationships follow suit but were not for the long term either. This is when Rafael decided to stay single for a while to have some soul-searching and take the much needed rest. His mother had advised him to first learn to love himself first and not to rely on others to love him. This way, he can learn to live and love, and eventually leave the past and move on to greater heights, without a hint of fear.

His transfer to another network helped him grow to be a mature person, and not listening to others who just makes black propaganda to damage other network’s reputation. Rafael is happy where he is now both personally and professionally, and at peace with himself. 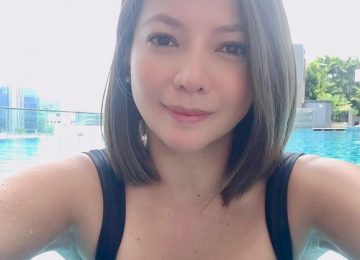 Posted by Profiles - March 4, 2021 0
If there is one performer whose entire dance of life has been witnessed by many people countless of times, it…

Posted by Profiles - March 4, 2021 0
Aldred Marc Francisco Gatchalian was born on June 14, 1990 in Pasay City Philippines and is a well-known Filipino actor…