Robinhood Ferdinand Cariño Padilla more popularly known by the name Robin Padilla was born on November 23, 1969. He is known as the Bad Boy of Philippine Cinema, the James Dean of Philippine Movies for his style of acting and role portrayals in films like Anak ni Baby Ama, Grease Gun Gang, Bad Boy 1 & Bad Boy 2. He is also a film director, screenwriter, producer and a martial artist

The Showbiz industry is not new to Robin Padilla’s family. His father, Roy Padilla was a film director who later became a politician who served Camarines Norte as a vice-governor during the 1970s. His mother, Eva Carino was likewise an actress and three of his broods, Rustom, Rommel and Royette are also actors. His sisters preferred the privacy of staying out of showbiz.

He married Liezl Sicangco through a muslim ceremony at the New Bilibid Prison social hall during his 21-year imprisonment due to illegal weapons possession. He was given pardon by Fidel V. Ramos in 1998. They divorced in 2009. He remarried in 2010 to Mariel Rodriguez, a host and an actress. He has a total of six children. Four of them are with Liezl, his son Ali and his three daughters Queenie, Kylie and Zhen-Zhen, all are actresses. He has a son with actress Jobelle Salvador, Mico and a daughter with Leah Orosa, Camille who is a model and an aspiring actress.

Posted by Profiles - June 5, 2021 0
Jimmy Alapag is known for his lethal 3-pointers from way beyond the arc, excellent passing and play making ability, and… 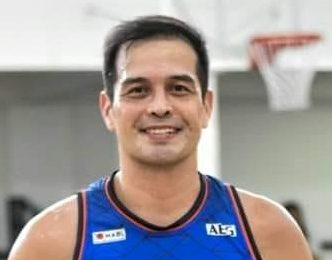 Posted by Profiles - June 26, 2021 0
Alvin Vergara Patrimonio is a Filipino retired professional basketball player from the Philippine Basketball Association and is the current team…