In 2010 and 2013, he was elected as councilor of the 1st District of Makati City after failing in his initial attempt for the same position in 2007. He successfully ran to represent the same district in 2016.

As a one-term House representative, del Rosario principally authored at least 30 bills and passed one into law, Republic Act No. 11165 or the Telecommuting Act in 2018. He also continued to lead national taekwondo teams in international competitions during his tenure as councilor and representative.

Monsour Del Rosario ran for vice mayor of Makati City in 2019, alongside former Makati Mayor Jejomar “Junjun” Binay Jr. after the latter was dismissed from office in October 2015 by the Office of the Ombudsman over the Makati City Hall Building 2 overpricing scandal. After the 10th Division of the Court of Appeals overturned the dismissal, Binay was allowed to run for mayor by the Commission on Elections since the Ombudsman ruling had not yet become final and executory. They both lost to the incumbents, with del Rosario ranking second in the race with 105,153 votes.

For his first Senate race, Del Rosario is campaigning on his support for health care workers, athletes and farmers. He is running under the slate of Sen. Panfilo Lacson and Senate President Vicente Sotto III.

He backs amending the 1987 Constitution to lift foreign ownership limits, peace talks with communist rebels, reinstating the death penalty for illegal drug trading, disclosing the wealth declarations of public officials and co-authored the Sexual Orientation and Gender Identity Expression Equality Bill in the lower house. He also says he is inclined to support the legalization of divorce.

Del Rosario was previously included in the Senate slate of Senators Panfilo Lacson and Vicente Sotto III but shifted his support to the presidential bid of Vice President Leni Robredo, following Sen. Lacson’s split from Partido Reporma. Del Rosario has been added to the senatorial ticket of the 1Sambayan opposition coalition.

“I think I can contribute a lot with my experiences in life, being a national taekwondo athlete for many years, fighting for our country, giving glory for our country, later on being a leader for many Philippine national teams competing around the world in different international competitions, plus my nine years in public service.”

In July 2014, del Rosario was impleaded in the initial complaint for plunder and graft filed by two registered Makati voters (part of the Save Makati Movement) before the Office of the Ombudsman against then-Vice President Jejomar Binay, then-Makati Mayor Junjun Binay, the COA resident auditor, and city councilors from 2007 to 2013, for approving the parking building project with an “enormous overprice of more than P1.31 billion” in 2007. However, del Rosario was not formally charged before the Sandiganbayan in February 2016 when the Office of the Special Prosecutor filed formal charges for graft violations and falsification of public documents against Junjun Binay, along with other former Makati City officials.

As a one-term lawmaker in the lower house, del Rosario principally authored at least 30 bills, one of which was passed into law, the Telecommuting Act in 2018, which recognized telecommuting arrangements as voluntarily agreed to by an employer and employee and ensured that telecommuting employees are given the same treatment as that of comparable employees working at the employer’s premises. While the law was initially intended to enhance workers’ welfare by allowing both employers and employees to take advantage of technological advances that open up alternative means of carrying out work, flexible work arrangements and telecommuting have become an absolute necessity for many employment set-ups during the COVID-19 pandemic. Further, “hybrid” arrangements involving both on-site and work-from-home components may continue to be utilized at some enterprises, stressing the need for the fair treatment guarantee under R.A. 11165.

When Monsour Del Rosario ran for Makati City vice mayor in the 2019 election, he was accused by incumbent Mayor Abby Binay of being largely absent from his public duties, or at least from the public eye, implying during an October 2018 press conference that he was physically non-existent as a Makati representative due to his focus on athletics and entertainment. Del Rosario defended his record, asserting that he had filed more bills in the lower house than his 2019 opponent, Vice Mayor Monique Lagdameo. Both Abby Binay and Lagdameo won in 2019.

Monsour Del Rosario is a martial arts expert, specializing in taekwondo. He competed and medalled in several national and international contests, earning gold medals in the 14th and 15th Southeast Asian Games as well as a bronze medal in the 10th Asian Games, and reaching the quarterfinal round during the 1988 Seoul Olympics Games.

Del Rosario parlayed his exposure from his athletic feats to a show business career, appearing in several movies and television shows.

He continues to be a leading figure in taekwondo; he would later on coach and lead the national taekwondo team and head taekwondo associations.

Monsour Del Rosario started his Martial Arts training at the age of 9, which was sadly inspired by being bullied in school. At the same time, he was fascinated by Chinese Kung Fu movies, most especially by Bruce Lee. His first Martial Arts instructor was Joe Lopez-Vito, a Tang Soo Doo/Moo Duk Kwan practitioner. Later on, he shifted to Tae Kwon Do in 1977 under Sung Chon Hong when he moved to Manila for High School. He joined the Philippine National Team in 1982.

Posted by Profiles - March 4, 2021 0
Jennica Garcia was born on December 26, 1989, in Quezon City, Philippines. She is a Filipina actress by profession in…

Posted by Profiles - March 29, 2022 0
FRANCIS NEPOMUCENO PANGILINAN Kiko Pangilinan is an incumbent senator and the president of the once-ruling Liberal Party. Prior to his… 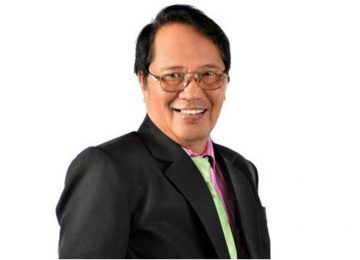 Posted by Profiles - May 7, 2022 0
Baldomero Falcone is an entrepreneur and consultant, specializing in securitization. Most of his work has been dedicated to land reclamation for…