Born on January 3, 1983, Precious Lara San Agustin Quigaman now Alcaraz, is the “2005 Miss International.” The pageant was held in Tokyo, Japan. Lara is a Filipina model, TV hose, freelance web page writer and a movie actress. Precious Lara is the fourth Filipina to have won a crown. Her parents Nelson Quigaman and Princesita San Agustin had four children and Precious is the eldest among her siblings. She practically grew up in Binan, Laguna, Philippines and eventually went to Bahrain where their father was working. She came home after five years and studied at La Consolacion College where she finished her high school. Precious studied at the University of Santo Tomas in Manila before she went back to Bahrain.

Precious then pursued her college degree in South Gloucestershire and Stroud College, where she finished a course in Media Production and Communication. She then continued to study a Bachelor of Arts in Childhood and Youth Studies at Bristol University.

Precious was also one of the privileged to be awarded as “People of the Year 2005,” by People Asia Magazine, “Champion for Life,” from the Presidential Order of Lakandula, and a nominee in New Actress Award in 2007 at the 23rd PMPC Star Awards for Movie.

Lara openly talks about her adjustments now that she is a mother. She believes in taking care of the baby personally at this time because she doesn’t trust anybody at this early stage yet. Their lifestyle had changed with the coming of their son. They think of the welfare of the baby every time over anything else. Precious Lara revealed being an overly protective mother, that there are times that she doesn’t even trust Marco to take care of their son.

They once had tried to have a nanny but eventually let go of her because she fed the baby breast milk that came directly from the freezer. That experience made her realized that you cannot just trust anybody to deal and take care of your child. Recently, she’s back to work so Lara had to request and train her personal assistant to become his Nanny. She just couldn’t trust anybody else except a “Tita,” or a relative.

An advocate of milk to expectant mothers and even after pregnancy, she highly recommends drinking milk for supplement for nutrition, and because it is a complete source of food. Precious Lara is enjoying her time being a new mother to son Noah and wife to Marco. Although busy with her schedules, she makes sure that her responsibilities to Noah are well fulfilled.

Posted by Profiles - March 4, 2021 0
Mimilanie Laurel Marquez was born on July 16, 1964, and is popularly known as Melanie Marquez to her colleagues in… 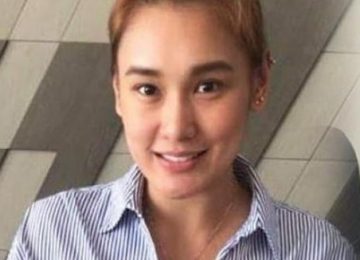 Posted by Profiles - March 4, 2021 0
Carlene Ang Aguilar was born on February 8, 1982 to Raul Aguilar and Catherine Ang. She is a Filipina actress,…

Posted by Profiles - March 4, 2021 0
Renee Rosario McHugh was born in 1988 and a Filipina beauty title holder and a commercial fashion model in the… 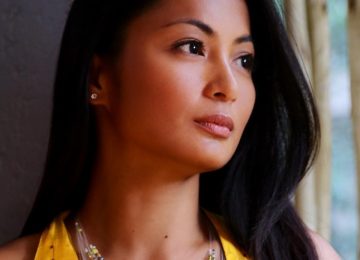