Mel Tiangco was born on August 10, 1955 and is very famous Filipino television newscaster and broadcaster and a TV host in Philippine media. She is Carmela Tiangco-Cornejo is real life. His role model is her father, Arsenio Tianco Sr. Mel Tiangco has a very clear mission in life which is “to create a positive impact on the lives of Filipinos by means of her profession in the broadcasting industry.” This is where her dreams brought her now.

Way back when, Mel Tiangco was a former newscaster at ABS-BCN, but in mid 1995, she got her suspension from the network after endorsing the product “Tide.” People working as newscasters are not allowed to endorse any product and this prompted her to join Jay Sonza at GMA 7. Currently, she is a co-anchor in “24 Oras,” opposite Mike Enriquez and is hosting her own TV drama anthology ‘Magpakailanman.” She was also a former co-host in “Mel and Joey,” alongside Joey de Leon, a popular comedy actor, host and a writer. The show was then concluded in 2011 after airing seven years, to give way to a new talent show.

Her personal life revolves around her son Wency Cornejo, the lead vocalist of the disbanded “After Image” Filipino rock band in the 90’s and her children. Mel is also the Executive Vice President of the GMA Kapuso Foundation, which is the networks socio-civic arm. She is also focused on philanthropic activities under the networks’ foundation which she considers to be the most significant factor of her existence.

Mel Tiangco describes herself as honest, hardworking and modest, and doesn’t like having her schedules interrupted. She admitted that the greatest treasure she owns is a black and white wedding photo of her parents, which she had been keeping until now. Mel admits that she entered the broadcasting industry because she knows she’ll be good at it, and her turning point in this career is when she shifted to using Tagalog in news casting.

If she was not in the media, she will probably end up being a doctor or a lawyer, which she finds to be challenged as far as she is concerned. Her greatest frustration however is the fact that her father died earlier and that he was not able to witness the respect she brought in their name. Mel is also quick to add that her simple happiness just comes from little things such as bargaining in a tiangge, cleaning her closets, talking with her kids or just spending some quiet time for herself.

Mel Tiangco takes pride of her children, the respect she had achieved because of her work and that she still is active in her career. Above all, she values her family, her good name and her work. She advises aspiring broadcasters to “be interested in people, their lives, aspirations, dreams, pains and problems.” Mel was able to win numerous prestigious awards in hosting which includes as the Most Outstanding News Presenter of the Year in 2006, Outstanding Broadcast Journalist & Social Servant in 2004 alongside the Gusi Peace Prize Award, Outstanding Host for Partners Mel & Jay, Woman of Distinction Award, 1st Golden Screen Awards for Television, and Soroptimist International that she received in the same year. Her Mel & Jay Talk Show also became the finalist in the Asian Television Award in Singapore in 1998 and a finalist in the New York International TV Festival in 1996. She was also hailed as the Best Female Newscaster and Star Awards for Television by the Philippine Movie Press Club for three consecutive years in 1995 to 1997. She has garnered many other awards from 1998 to the present because of her professional devotion of making herself one of the most highly respected television hosts in the country. 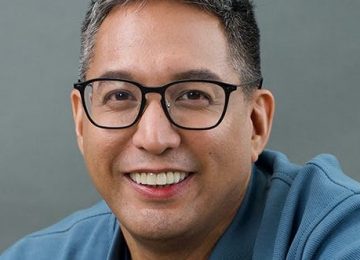 Posted by Profiles - March 4, 2021 0
He was born on March 17, 1974 and a popular television newscaster, host and radio announcer. Paolo Bediones, actually started…