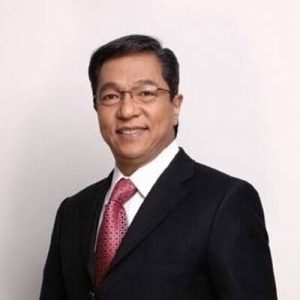 Ted Failon is a veteran, respectable Filipino broadcast journalist, reporter, host, anchorman, radio commentator and a former congressman of the first district of Leyte, Philippines, from 2001 – 2004. His real name is Mario Teodoro Failon Etong , born on March 29, 1962. Ted Failon was born and grew up in Tacloban City, Leyte. He had completed his elementary education at St. Andrew’s School in Paranaque in 1974, and his secondary education at the University of Perpetual Help System Dalta las Pinas Campus Department of Business High School in 1979.

He had worked early to support his studies and pursued his college degree taking up AB Economics in Colegio de San Juan de Letran. Ted was working as a disc jockey in a small bar down EDSA and Cubao, Quezon City to augment his necessities as a student. Ted then pursued a course in Bachelor in Broadcast Communication degree from Polytechnic University of the Philippines, Manila in 1996, and proceeded to study Bachelor of Laws program in Arellano University.

He started his career as an announcer at Radyo DIWA in Tacloban City and became a Program Director at DWGV in Angeles City, Pampanga. In 1990, he got the opportunity to join ABS-CBN and became an executive producer and news anchor. He then anchored “Hoy Gising!,” “TV Patrol,” and “Pulso, aksyon Balita.” In 1990, he joined DZMM and anchored Gising Pilipinas until 1997. He was teamed up with broadcaster Korina Sanchez in Aksyon Ngayon, which is a top public service show.

Ted Failon met and married Trinidad “Trina” Arteche-Etong and they stayed together for 25 years. It was in April of 2009, when Trina was rushed to the hospital for sustaining a gunshot wound in her head which was the cause of her death the next day. Ted was the one who rushed her to the hospital and told the press he found her wife in the bathroom and used his handgun in an attempt to kill herself. Ted was arrested hours after the shooting incident but was allowed to leave police custody to take care of his wife. He was eventually tested negative for powder burns.

Quezon City police filed charges against the family driver and three housemaids of the Failon family for allegedly tampering and destroying evidences related to the crime. They were also charged with obstruction of justice together with Trina’s brother and sister. It was in March 2010 that the National Bureau of Investigation cleared Failon and others of the charges and ruled out suicide as the cause of death of Trina.

Ted Failon continued his career as a broadcast journalist and he is still visible in TV Patrol over ABS-CBN and in Failon Ngayon on the same network. This is an investigative, public service and magazine show which was launched on October 24, 2009 and hosted by no less than Ted Failon.

He is grateful for all the blessings that he has been receiving in his life, and his prayer after ending his radio program is all thankfulness for the life, for his family, his real friends and his job. He says despite his imperfections, he is still being blessed. 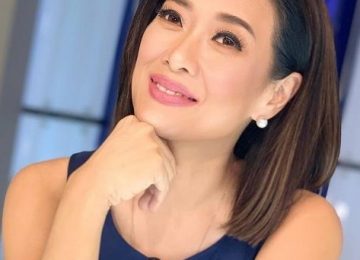 Posted by Profiles - March 4, 2021 0
Born on February 18, 1976, Bernadette Lorraine Palisada Sembrano Aguinaldo is a famous reporter, newscaster and a television host in… 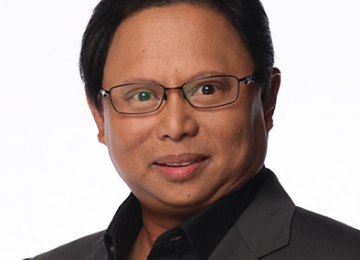 Posted by Profiles - March 4, 2021 0
Born on November 2, 1965, Arnold Clavio is a prominent Filipino radio and television broadcaster, a renowned journalist and a…