Julius Caesar Concepcion Babao is the complete and full name of Julius Babao, a renowned and popular broadcast journalist, host and radio commentator in Philippine broadcast media. He had started his career over RPN-9 as a news reporter for the most prestigious newscast back then in 1978 called “News Watch,” lead by the veteran newscaster former Harry Gasser. It was then followed up by an early morning program Alas Singko Y Medya from 1996 -2001 with Cristine Bersola who would later turn out to be his wife. They continued to host another show called Talk TV from 2001-2004. The show was later replaced by program Morning Girls with Kris and Korina.

Julius later continued his career in the weekday edition of ABS-CBN’s TV Patrol in the year 2003, and he and Christine later launched a morning radio program for the station’s radio subsidiary, DZMM which they dubbed as ‘Magandang Morning with Julius and Tintin.” The next step on his broadcasting career was when he left TV Patrol to co-anchor with Karen Davila for the late night news “Bandila.”

Julius graduated from the University of the Philippines in Diliman, Quezon City, Philippines with the degree Bachelor of Science in Mass Communications major in film and audio-visual communications. He married his co-anchor Christine Bersola and they were blessed with two children, daughter Antonia and son Antonio. The couple loves dogs, and they own Siberian Husks which they named Krystal and Kamatz. Julius had also the passion for art and paintings, and as seen by his collections and his personal paintings that he had done. He had numerous painting collections in his house that on his 40th birthday, the couple-auctioned some of them, and the proceeds benefited the development of the Art 40 Village at Bagong Silang, Caloocan City, Philippines.

Julius is now busy attending to his Monday afternoon show entitled “Bistado,” where he exposes and uncovers various cases such as neglect, cruelty, abuse and other corruption problems with the government and syndicated crimes of criminals. This show is one of the five new weekday special featured shows over ABS-CBN News and Current Affairs, to serve a Filipino audience in the simplest form possible. 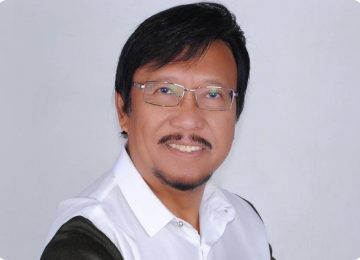 Posted by Profiles - May 8, 2022 0
Rey Langit is a veteran multimedia journalist with one of the most recognizable on-air voices in the Philippines. From humble…

Posted by Profiles - May 8, 2022 0
Raffy Tulfo is a veteran broadcast journalist, commentator and multi-media personality whose public service programs on radio, television and YouTube…

Posted by Profiles - March 4, 2021 0
Born on February 18, 1976, Bernadette Lorraine Palisada Sembrano Aguinaldo is a famous reporter, newscaster and a television host in… 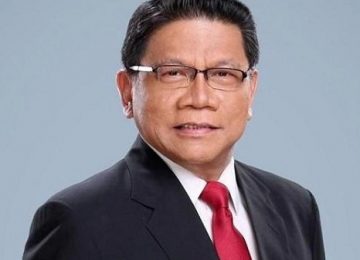 Posted by Profiles - March 4, 2021 0
Mike Enriquez is Miguel Castro Enriquez in real life. He was born in Santa Ana, Manila, Philippines on September 29,…