Janella Maxene Desiderio Salvador was born on March 30, 1998 and is a young Filipina actress and a singer in the Philippine entertainment. Her role in the blockbuster morning teleserye entitled “Please Be Careful With My Heart,” aired over ABS-CBN as Nikki, daughter of Sir Chief played by actor Richard Yap is a big hit among “kikay” teens. Janella is the daughter of a Filipina actress and singer Janine Desiderio, who was also popular playing “Kim” in the international musical stage play “Miss Saigon,” and singer Juan Miguel Salvador. She is also a talent of Star Magic Batch 2013, a talent marketing arm of ABS-CBN.

Her first showbiz exposure is in “Please Be Careful With My Heart,” when she passed the audition, luckily she got the role. She is also a product endorser, and appeared in a shampoo commercial. Janella plays the piano and guitar and loves volleyball as an outdoor sport. As a little girl, she had already the passion in singing and dancing.

Janella wishes to be given challenging roles in the future and maybe play a lead role in a drama series. She hopes she can also be featured in one of the episodes of “Maalaala Mo Kaya.” She hopes to work with Daniel Padilla, his celebrity crush. She is only 14 years old.

She was actually discovered in the noontime show “Eat Bulaga,” where she and her mom joined a game called “Sa Pula Sa Puti.” She danced and sing, and it was Director Manny Valera who has seen her and let her sign a contract as his talent, co-managed by Star Magic.

Janella does not have a close relationship with his Dad Juan Miguel and they do not really communicate. She was only three years old when her parents separated. She had spent 6 years bonding with his father, and it was two years ago when she last saw him. Janella may not be a Papa’s girl, but surely she’s not mad at him at all. Juan Miguel had already a new family but was not blessed with children. She has a half-brother with his mom, aged two years old.

She dreams to hone his singing skills and become a great singer like his mom and dad, but it is in acting that she found her passion. She used to study in St. Paul Pasig from grade one to seven, but she chose to avail of the home study program because of her showbiz commitments. She is already in second year high school.

Janella had also appeared in few stage plays, and she had represented the country in a world trade fair in Seoul, Korea in 2008. She loves her mom so much she calls her “super mom,” and describes her as a strict but sometimes a liberal mom. Though still very young, Janella hopes to be successful in her acting career in the future.

She is the newest Palmolive girl in town together with Anne Curtis, KC Concepcion and Carla ABellana. Janella is also included in the movie version of “Please be Careful With my Heart’ which is set to be shown very soon. 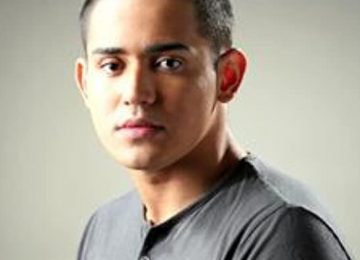 Posted by Profiles - March 4, 2021 0
Paolo Contis is half Italian and half Filipino. His Italian root is from his father. His real name is Paolo…