Christopher de Leon, a Filipino actor, director and politician is born Christopher Strauss de Leon in Manila on October 31, 1956 to Gil de Leon and Lilia Dizon and having a German-Jewish descent from his maternal grandfather. He is the second and only son of the couple and a brother to actresses Melissa and Pinky de Leon. Christopher took up a degree in Fine Arts at the University of the East in Manila. He was the former husband of actress Nora Aunor and together they have a son named Ian and four adopted children, Lotlot, Matet, Kiko and Kenneth. At present he is the partner of actress, Sandy Andolong and together they have five children, their daughter Maria Angelica de Leon, is a print ad model and a contestant of the 2013 Bb. Pilipinas. Christopher is currently a board member of the 2nd district of Batangas.

Christopher De Leon is also known as Boyet to his family and friends is regarded as one of the greatest Filipino actors and was even dubbed as the Drama King of Philippine cinemas. Being good at his craft, he has won almost eleven awards and twenty three award nominations. He is a good actor having starred in almost 120 films since the 1970’s. Christopher got his acting skills from his parents, Gil de Leon, who was a famous actor and director and Lilia Dizon an LVN Pictures contract star. Christopher started his acting career playing minor roles in movies like Kapag Puso’y Sinugatan, Huwag Mo Kaming Isumpa, Kahit Ang Mundo’y Magunaw, and Paano Na Sa Mundo ni Janet. It was in his movie Tinimbang Ka Ngunit Kulang that he rose to stardom and bagged him the Best Actor Award in FAMAS in 1974. Some of his best and famous movies include Banaue, Tag-ulan sa Tag-araw, Tatlong Taong Walang Diyos, Ganito Kami Noon Paano Kayo Ngayon, Masarap Masakit ang Umibig, Lagi Na Lang Ba Akong Babae, Ang Alamat ni Julian Makabayan, Taga sa Panahon, Aguila, Relasyon, Broken Marriage, My Other Woman, Maging Akin Ka Lamang, Imortal, and Madrasta. 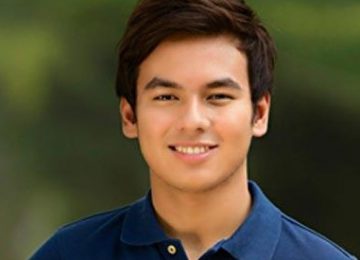 Posted by Profiles - March 4, 2021 0
John Vladimir Cruz Manalo was born on September 6, 1995 in Marikina City, Philippines. He is popularly known as John…