William Rivera Martinez is a Filipino television and a film actor. He was born on September 10, 1966 in Manila, Philippines and he is married to Yayo Aguila, also a Filipino actress. He had his biggest break to become one of the most popular young actors in his time when he took the role of Ton Ton in the popular Bagets 1 and Bagets 2 movies. His father, Bert Martinez is also a Filipino actor while his siblings are Albert Martinez, also an actor and Ronnie Martinez.

After the controversial rumor that he and his wife has called it quits on their marriage in July of 2010, William was rushed to the hospital due to stroke on the same year and Yayo remained to be on his side. The latter is open to the possibility of making their marriage work. There is no confirmation whether the breakup was due to a third party or may be due to alcohol or drug abuse. William Martinez was one of the most popular young actors of his time together with Aga muhlach and Herbert Bautista and he made quite a number of movies in the past. Among these include Summer Love, Pabling, Bihagin: Bilibid Boys, City After Dark, Carnival Queen, Galawgaw, No Other Love, Bilibid Gays, Oh, My Mama, Mother Dear, Tambay sa Disco, Ito ba ang ating mga anak, Boystown, Story of Three Loves, I Love You, I Hate You, Santa Claus Is Coming to Town!, Parang Kailan Lang, Forgive and Forget, D’ Godson, Teenage Marriage, Daddy’s Little Darlings, Minsan, may isang ina, Mara Clara: The Movie, Barako, Summer Holiday, Bagets 1 and Bagets 2, Shake Rattle & Roll, Kailan matigil ang putuka, Most Wanted, Friends in Love, Sana Maulit Muli, Hindi Kita Malimot, Manila, To Mama with Love, Twilight Dancer, Friends in Love, Anak ni Waray vs Anak ni Biday, Alapaap, Kaya Kong Abutin ang Langit, Umaaraw, Umuulan, Mga Kuwento ni Lola Basyang, Mortal Kombat, Inday Bote, Sindak, Bomba Arienda, Cool Dudes 24/7, Inday-Inday sa Balitaw, When I Fall in Love, The Graduates, and Hindi mo ako kayang tapakan.

Posted by Profiles - March 4, 2021 0
Timmy Cruz is Fatima Cruz to her family. She is born to Atty. Angel Cruz and Lourdes Lontok, a popular… 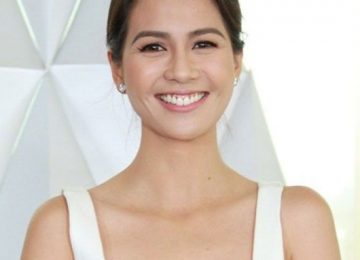