Master Ryan Cayabyab was born on May 4, 1954, and his real name was Raymundo Cipriano Pujante Cayabyab. He was born in Manila, Philippines and is fondly called as Mr. C in Philippine music industry. He used to be the Director of the defunct San Miguel Foundation for the Performing Arts and he has been a resident judge of the Philippine Idol in the year 2006. Ryan Cayabyab is a very versatile musician, composer and arranger, whose works include theater musicals, choral pieces, pop music and even commercial recordings and musical scorings.

Ryan’s project included the Ryan Cayabyab Singers, which is a group of seven young adult singers similar to the former Smokey Mountain in the 1990’s. He is also the executive director of the Philpop Music Fest Foundation Inc., the society behind the Philippine Popular Music Festival. This is a competition for songwriting exclusively for amateurs and professionals that encourage Filipinos to safeguard our own musical personality.

When he was just 6 years old, his mother passed away, and his father was left to take care of him and his three siblings. Her mother did not approve of anyone to pursue a profession in the music industry, because she herself was an opera singer, and she knew how meager the income is. Because of this reason, Ryan took up a course in Business Administration in the University of the Philippines in Diliman, but he supported his studies by working while studying. He worked under Salvador Laurel then, as an accompanist in the Development of the Philippines Chorale Ensemble. This paved a way for him to be noticed his skills in playing the piano. Later, it was Laurel who gave him a scholarship which he accepted. He then shifted and pursued a course in Music.

Mr. C earned his degree in Bachelor of Music, Major in Theory and eventually he became a professor for two decades at the University of the Philippines in the Department of Composition and Music Theory. He then planned to migrate to the US with his family but Mr. Danding Cojuangco offered him a post in the San Miguel Foundation for the Performing Arts and he was sitting as an Executive and Artistic Director of the Foundation for seven consecutive years.

Ryan is married to Emmy Punsalan and they were blessed with two children whom they named Cristina Maria and Antonio Maria. He had received a Gawad CCP Awardee for Music in 2004. He was also one of the recipients of the 100 awards of the CCP Centennial Honors For the Arts; the first recipient of the 1996 Antonio Barreiro Achievement Award for the unsurpassable contribution to Filipino music. He was also a recipient of Awit Awards in 1996 which gave him the Lifetime Achievement Award for his valuable and outstanding achievements in the development of Filipino music. In 1998, he was conferred the Professional Award in music by the University of the Philippines Alumni Association. 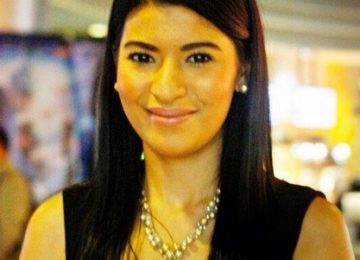 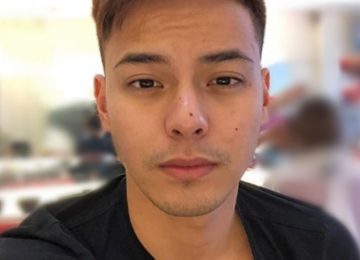