Carlo Aquino was born on September 3, 1985 as Carlo Jose Lopez Aquino to his parents Jose Aquino and Amelia Aquino. He has a brother Marvin, and a sister, Grace. Since he was still a young boy, Carlo had already displayed and shown interest in acting. And at the age of seven years old, he was ultimately discovered. He was having a ride with his Dad at an LRT station when he was approached by a talent agent. He disagreed and began to cry because he did not want to be in the show business. He was convinced to do a TV commercial “sunlight detergent bar,” opposite Shaina Magdayao who was also starting to explore Philippine entertainment. After the commercial, various offers came pouring in such as Rejoice for Kids, Jollibee and Lucky Me.

The GMA TV show “Balete” was Carlo Aquino’s first TV appearance opposite veteran actors and actresses the likes of Nida Blanca, Ricky Davao, Jackie Lou Blanco and Gloria Romero. This was followed by “Cedie, Ang Munting Prinsipe” where he was cast together with other kids. Carlo then was recognized for his performance in the movie “Bata, bata, paano ka ginawa?” with multi-awarded veteran actress Vilma Santos. The movie was based on the novel by Lualhati Bautista.

Carlo Aquino began his career as a child actor and grew to be a popular teen actor in 1990’s. He had appeared in several movies and is under an exclusive contract with ABS-CBN. He admitted he had past relationships with actresses Angelica Panganiban and Maja Salvador. In the world of Philippine entertainment, only few actors are regarded with brilliance in acting. Carlo Aquino is one of them. He had impressed the local critics with his various performances which showed intense depth of feelings especially in “Bata…,” and “Sa Aking Pagkakagising mula sa Kamulatan.” He has been working with big actors and proved his versatility. Carlo Aquino in his young age had already received various nominations and earned respect among his colleagues in the industry.

Aside from being a talented actor, he is also blessed and born a musician, and because of this reason, he was given the chance to showcase his singing talent by being a lead vocalist of the band Kollide. Way back then, he was also a member of the JCS band which had John Prats and Stefano as his band mates. After they parted ways, he formed a band with his other buddies who also share their passion in music and composition of songs.

In 2006, he made a movie entitled “Bituing Walang Ningning” and played Sarah Geronimo’s love interest. The team was accepted by the Filipino audience and the movie did great in the box-office. He also starred in “Tuli” opposite Desiree Del Valle. Exploring for new mature roles, he made a sine novella with Valerie Concepcion entitled “Sinasamba Kita.”

To date, he can be seen in the afternoon teleserye “Dugong Buhay” playing the young Simon and “AnnaLiza.” Carlo Aquino has a serious passion in his work and it can be seen and experienced through his unremarkable performances. He is eager for more roles to portray and explore what he still can do and offer as an actor, and as a musician. 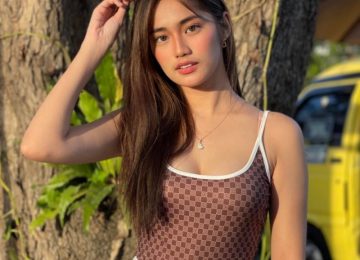