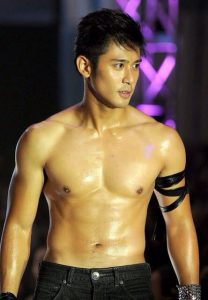 Enrico Raphael Quiogue Nacino was born on March 21, 1987 in Baguio City, Philippines. He is more popular as Rocco Nacino, a Filipino actor, model and a registered nurse. Rocco was noticed when he joined “Star Struck Fifth Season,” a reality talent search, aired over GMA Network. He emerged the Second Prince on the said competition. He was actually raised in Singapore and eventually the family transferred to Laguna, in his father’s hometown. Rocco had his primary and elementary education in Singapore and he can even speak Mandarin. He then graduated his high school at Makati Hope Christian School and finished his Nursing course at Mapua Institute of Technology. Rocco passed his Nursing Board Examination on June 6 and 7 in 2009.

In 2005, he had joined the Search for Mister and Miss Cardinals at the Mapua Makati, where he won the grand prize. He was then discovered and appeared in various modeling jobs in TV and print media. Rocco was seen in product endorsements such as Vaseline, Sky Flakes, Goya, Jollibee, Chowking, Smart, Pepsi and STI. He is also a very athletic and active person, and he engages in jujitsu, muay thai, mixed martial arts, boxing, arnis and of course basketball as his sports. He is also playing the drums and knows a little about guitar.

He tried his luck in hosting, and auditioned as VJ in the Search for MYX VJ, but unfortunately he did not pass. Instead, he tried joining in ‘StarStruck,” and that opened more doors for him when he ranked 2nd in the said competition. Rocco then auditioned for a role in GMA drama series entitled “Sine Novela Presents: Gumapang Ka Sa Lusak,” with Jennelyn Mercado and Dennis Trillo. He then appeared in “koreana,” where he earned his first nomination from the Entertainment Press Society, as a finalist for Outstanding Performance by an Actor for the Golden TV Awards held in the year 2011. Because of his excellent performance, he was immediately included in the Dance series entitled “Time Of My Life,” opposite Kris Bernal and Mark Herras.

He was also a cast in “Kaya ng Powers,” with Rhian Ramos and other GMA talents, and did a supporting role in “Amaya.” Rocco was also in “Love Bug Presents: Mistaken Identity,” where he appeared in 5 episodes.

Rocco’s first indie film appearance was in “Ang Sayaw ng Dalawang kaliwang Paa,” with actor Paulo Avelino and veteran actress Jean Garcia. This was an entry to the Cinemalaya Festivals and the movie earned him the “New Movie Actor of the Year” in the 28th PMPC Star Awards for Movies and a “Best Breakthrough Performance by an Actor,” in the 9th Golden Screen Awards. He appeared in several other movies such as ‘My Valentine Girls” “My Kontrabida Girl,” and in “My House Husband: Ikaw Na!” under the direction of Jose Javier Reyes.

Soon, he will be appearing in a more challenging role in the movie “San Pedro Calungsod,” a Filipino martyr and saint. This is an official entry in the 2013 Metro Manila Film Festival.

Posted by Profiles PH - April 16, 2016 0
Jennylyn Mercado is a Filipino singer, actress and songwriter who had a grim childhood memory as a battered child. She… 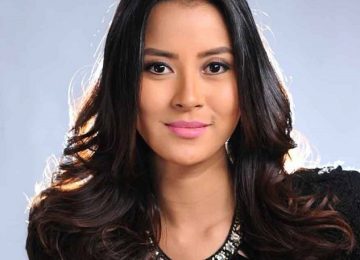 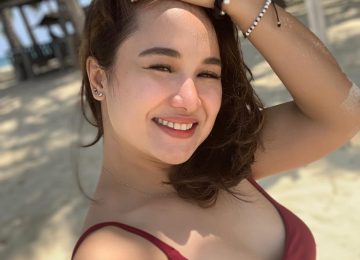