Paolo Contis is half Italian and half Filipino. His Italian root is from his father. His real name is Paolo Enrico Tusi Contis born on March 14, 1984. Paolo Contis started as a child actor who was first appeared on Ang TV of ABS CBN. He is one of the famous child actors in the mid 1990’s where he was teamed up with famous celebrities like Vic Sotto.

In his early teen years, Paolo Contis was noted at Tabing Ilog, appeared in a number of television sitcoms and films. He started taking on mature roles as a villain, supporting actor and comic roles in TV and films. He also ventured into hosting. He has hosted a comedy informational entertainment show at GMA, OC TO The Max and World Records, Show Me Da Manny, Manny Many Prizes, Wipeout: Matira Ang Matibay, Little Star and a guest host of Press It, Win It when original host, Mr Joey De Leon took on a short leave.

As a child Contis is bubbly and smart which made him a favorite choice for filmmakers for supporting roles mostly in comedy films. As an adult, he still has that bubbly personality that made him play a part in Bubble Gang along with Ogie Alcasid, Michael V, Rufa Mae Quinto, Boy 2 Quizon, and Antonio Aquitania and now with Dennis Trillo. His versatility to perform lead and villain roles is remarkable. His villain role character offered him several projects such as Amaya, Aso ni San Roque, Futbolilits, Pablo S. Gomez’s Machete, Ang Babaeng Hinugot Sa Aking Tadyang and Mga Mata Ni Angelita.

Posted by Profiles - March 4, 2021 0
Aldred Marc Francisco Gatchalian was born on June 14, 1990 in Pasay City Philippines and is a well-known Filipino actor… 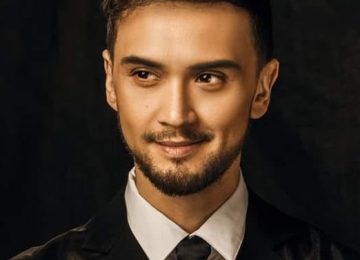