Herminio Jose Lualhati Alcasid, Jr., or known to many as Ogie Alcasid is born on August 27, 1967. He is a Filipino singer and songwriter, comedian, actor, presenter and parodist. Currently, he is the president of the Organisasyon ng Pilipinong Mang-aawit (OPM). He is also the Commissioner of the Edsa People Power Commission. Alcasid finished his Elementary and Secondary Education at La Salle, Greenhills from 1974 to 1981 and 1981 to 1985 respectively. He went to University of the Philippines, Diliman from 1986 to 1993 for his College Education. He is married to singer Regine Velasquez or known as the Asia’s Songbird.

Apart from being a known singer-songwriter and actor, Ogie Alcasid is also a business man. He owns the chain of hot dog stands Oggie Doggie, co-owner of Ryu Ramen and Curry Restaurant, chairman of www.opm2go.com, a music store online that sells OPM songs exclusively and Star Media Events Company. He is also chosen president of the Organisasyon ng Pilipinong Mang – aawit, Commissioner of EDSA people power commission from 2010 to this date, spokesperson for Sagip Foundation, Ambassador for National Commission for Culture and Arts, The Ogie-Regine Celebrity Ukay-Ukay – Kapuso Foundation Advocacy, spokesperson for Childhope Asia and an advocate of Legal adaptation of children. He also organized BALIKABAYANI, a concert for a cause last April 14, 2011, for the overseas Filipino Workers of Libya and Japan.

In show business, Ogie Alcasid started out as a recording artist. In 1989, he released his self titled album with the single “Nandito Ako”. His song album hit the gold record charts while his single was acknowledged as Song of the Year by local radio station, Magic 89.9. He has released a total of 18 albums since then which includes a Christmas album, a live album and greatest hits albums. In his years of recording he has received 12 gold records, 3 platinum records and 3 double platinum records. His gold record albums are Ogie Alcasid, A Different Light, Now and Then, I Am a Singer, Ogie Alcasid Greatest Hits, The Great Filipino Songbook, Ngayon At Kailanman: A Tribute To George Canseco and The Songwriter & The Hitmakers. His Platinum albums are A Step Ahead, Ogie 10th-All the Best and The Songbird and the Songwriter. His double platinum albums are On Air, A Better Man and Mga Kuwento ng Pag-ibig (Stories of Love).

This man though short in height is a big man inside. He has so much to give and yet more to come up with. Gifted with a good singing voice, a talent to write good songs and a skill to lead a pack makes Ogie stand out from the rest. 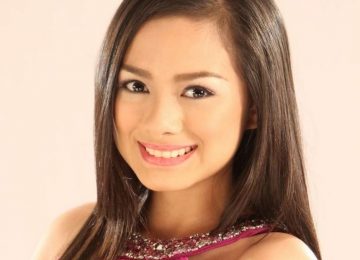 Posted by Profiles - March 4, 2021 0
Alfie Lorenzo is a talent manager, columnist and a TV host in the Philippine movie and television industry. He has…