Born on November 20, 1994 in Olongapo City, Zambales, Philippines, Kristofer Martin Dangculos or Kristofer Martin in Philippine movie industry is a Filipino actor. His showbiz career began when he joined “Little Big Superstar,” in ABS-CBN where he was immediately eliminated on the second week. He appeared in “Kung Fu Kids,” also in ABS-CBN and later transferred to GMA 7 and was cast in the TV series “Endless Love. ”Presently, he plays a role in a series “Kakambal Ni Eliana,” also under GMA network. He was given the screen name Kristofer Dangculos when he was still with ABS-CBN.

In the afternoon drama series n TV5 entitled “Prinsesang Banyera,” he once again displayed his acting skills playing the role of Eric Fragante, the younger version of TJ Trinidad. He was paired with young actress Jane Oineza, who played the young Kristine Hermosa. He also appeared in “Ligaw Na Bulaklak,” where he played the role of Chuckie. “Pare Koy,” is also one of the TV show in which Kristofer starred.

He has been an exclusive talent of GMA and had appeared in various TV guests with any other young talents of the network. He has even joined “Tween Hearts,” who became the longest running Youth Oriented Show in the Philippines, from 2010-2012. He also joined the cast of “Luna Blanca,” a TV series considered to be the very first Multi-Generational Program on Philippine TV, in which he played the role of Joaquin ”Aki” Alvarez.

Kristofer was happy and elated that he was one of those who was given recognitions not only here but on an international level. “OROS” also grabbed the “Best Feature Film” in Washington. Kristofer was so proud of his achievements and for the unexpected turn of blessings in his acting career.

Kristoffer has an open relationship with Joyce Ching, also a young actress of GMA 7. They are already on their second year and happy that everything is just going smooth between their career and love life. They both understand that they still have to focus on their job, especially that they haven’t reached the stage of the actual fulfillment of a movie actor. Kristoffer is glad that Joyce understands his work and don’t get jealous over whoever he is teamed up with. It helps when they are both GMA talents, because they can see and spend more time with each other. Thus it minimizes the stress and the doubts that might haunt them in the relationship.

Kristofer as young as he is, already begin to realize his dreams in his personal life and acting career. He hopes to be better in his future performances because of the inspiration of the recognitions that he has got.

Posted by Profiles - March 4, 2021 0
Timmy Cruz is Fatima Cruz to her family. She is born to Atty. Angel Cruz and Lourdes Lontok, a popular… 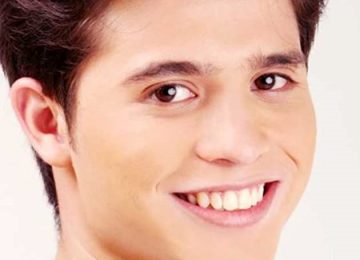 Posted by Profiles - March 4, 2021 0
Carmen Soo (Soo Wai Ming in Chinese) is a Malaysian Chinese model and actress. Carmen is 75 percent Chinese (since…

Posted by Profiles - March 4, 2021 0
Ryza Cenon is Rhiza Ann Simbulan in real life. She was born in Gapan City, Nueva Ecija on December 21,…