Jenny Miller is a popular Filipino sexy and movie actress who was born on April 30, 1980. She became famous in her role in the 2008 TV remake entitled “Babangon Ako’t Dudurugin Kita,’ which was aired on GMA. Her acting career started in ABS-CBN in 2003 on “Buttercup,” and had a supporting role in the TV series “Marina, in 2004. She was a Fire Fairy on a TV horror series “Spirits,” in 2005. ‘Kokey,” was her last TV appearance over ABS CBN which was a fantasy TV series.

Jenny Miller then transferred to GMA in 2007 in which she played a role in “Impostora,” opposite Iza Calzado, Jean Garcia, ad Sunshine Dizon. In “Babangon ako at Dudurugin Kita,” she got one of the lead roles, and had a guest appearance in “All About Eve” which was considered a hit. In the TV series “Luna Mystica,” she was cast as one of the antagonists. She also participated in horror drama series on TV5 in “Midnight DJ,” as Trixie, and “All My Life,” on GMA 7. She then appeared in “Tinik Sa Dibdib,” also in GMA 7. Jenny Miller has unforgettable appearances in movies such as “Feng Shui,” “Noon at Ngayon: Pagsasamang Kayganda,” “I Wanna Be Happy,” and ‘Pinay Pie.”

She was also a member of the “Showgirls,” which was a group of sexy stars dancing and singing. She was considered the most gorgeous among the girls, and more favored than another sexy star, Angelica Jones. Jenny was admired by colleagues in the business because of her humility and level-headedness. Her popularity did not change her the way she is. Thus, she had been offered several opportunities that helped enhance her acting skills.

Actress Jenny Miller met a non-showbiz guy of who had a relationship. He is a businessman named Cupid Feril, and they eventually got married at the Sanctuario de San Jose in Greenhills, San Juan, Philippines. The special occasion was attended by family and close friends both in showbiz and politics world such as Claudine Barretto, Dra. Vicki Belo, Kris Aquino, Senator Jinggoy Estrada and other popular personalities. Isabel Oli, Jenny’s best buddy was also there to witness the wedding. Their love affair actually started some three years ago, in the wake of then Rudy Fernandez. They got engaged and decided to be together through a wedding ceremony.

Jenny is a best friend of Claudine Barretto who was currently rumored to have separated with husband Raymart Santiago. Jenny clears up that even though she considers her a close friend, she respects what she is undergoing right now and hopes they resolve things in their married life soon.

Jenny Miller is happy in her life now, a contented and hopes someday after a break she’ll still fill the seat where she left. If there is one thing she would love to do, she would love to go back in acting soon. Jenny is not only a pretty face, but she had proven herself to be a professional, talented actress. 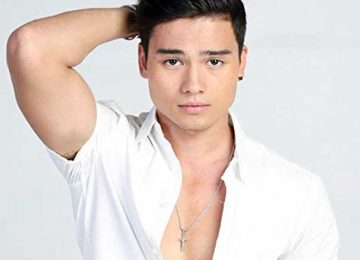 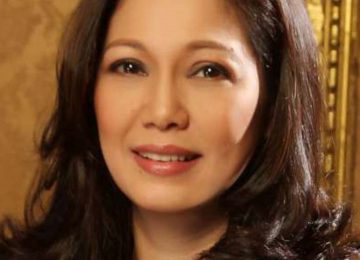