Jao Mapa is Jose Vicente Mapa III in real life. He was born in 1976 and currently works as an actor in Philippine showbiz industry. He was an accomplished model and painter. Jao graduated at the University of Santo Tomas and earned his degree in Bachelor of Arts in Fine Arts, major inn Advertising. Jao married his wife Cecile, and has three children, Benjamin, Caleb and Amber Marie. He became popular in the Pepsi Cola advertisement and later opened opportunities for him to join in the showbiz world.

Jao was a former co-host in “Eat Bulaga,” and “ASAP.” In 1995, he appeared in the movie entitled “pare Ko,” which was followed up by ‘hataw Na,” “Dahil Tanging Ikaw,””Babae,” “Matrikula,” “Ayeng,” “Tugatog,” “Super Noypi,” and “You are the One.” His TV shows include: “Palibhasa Lalake,’ “Komiks,” and ‘Hawak Ko ang Langit.” He took a break in 2000 to further his studies in which he finished his course. Jao’s life story was once featured in TV5’s Star Confessions which was played by Martin Escudero.

Since childhood, Jao has been drawing, doodling, sketching and painting as far as he can remember. He has been into painting since then, and some of these collections are displayed in his mom’s house. Jao said the paintings had an individual story to tell. While others use words to tell a story, he expresses his in acrylic and oil in a canvass. As artistic and creative as he is, he tries experimenting with watercolors on woods instead of the usual cloth. He also painted on cement walls and wood ceiling of his parent’s home in Antipolo, wherein he took him some years to finish the ones on the ceilings near their spiral staircase.

His showbiz experiences had also contributed to his art inspirations. For others, he may be just an ordinary teenage matinee idol and cover magazine cute guy, but before that he had long picked a brush before he was even an actor. He is happy to be himself and live a normal life, being a student and an employee in a photo studio, a son to his mother, a husband and a father to his children. He cherishes this private life he has and prioritizes his family over anything else.

Jao still recalls the time when as a kid, he would draw cartoon characters and superheroes, and joined different contests in school. He says that it is not about winning after all, but it was the love of art that he has in his heart.

He hopes to teach his children the art of painting soon, so that he can have some legacy to pass on them when the right time comes. Jao is just a normal person with simple dreams in life. His experiences in art and acting had helped him mature as an individual.

Posted by Profiles - March 4, 2021 0
Cathy Remperas was born on October 8, 1987 and is a Filipino nurse, joined a reality show search and later… 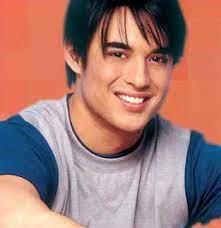 Posted by Profiles - March 4, 2021 0
Brad Turvey is a TV personality and commercial model in the Philippine entertainment. He is a combination of Chinese, Australian,… 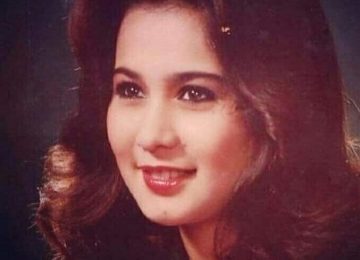