Dennis Roldan is the screen name of Mitchell Gumabao who was born on December 8, 1960. He is a popular Filipino actor, a basketball player, businessman and a politician. He is now a born-again Christian and is a minister in their church. Dennis is the brother of actress Isabel Rivas, and he had two children named Marco and Michelle. He used to be a basketball player when he was still in college at the Trinity College. Shortly, he joined the Philippine Basketball Association (PBA) under the Ginebra Team and in 1983 he played with Gilbey’s Gin Gimlets season team. In 1988, he served as a councilor in Quezon City, Philippines, and in 1992 he became the Congressman in third District of Quezon City. He ran again for a second term but eventually lost against his opponent, Michael Defensor.

Dennis Roldan was arrested on February 20, 2005 in a kidnapping case of a three-year-old son of a rich and wealthy businesswoman of which he was the alleged mastermind. He and his girlfriend named Suzette were tagged as the masterminds as confessed by Octovio Garces and Alberto Pardanganan to the investigators of the Department of Justice. The incident happened on February 9, 2005. Dennis was then detained in February 2005 and he posted bail on July 27, 2006.

He was also rumored to have lost millions of pesos on cockfighting and heavy on drugs. After his brief tenure as a congressman, he allegedly lost in himself, and don’t know what to do next. His mistress by then had not taught him well, instead, she gave birth to that idea of kidnapping to make a quick, fast buck. They thought it was as simple as that and didn’t realize they would be busted that easy.

His experience and two years stay at the jail made him realized the existence of God. He began to read the Bible and seriously transformed himself. A pastor who conducted Bible studies was the instrument to share and reveal the benefits of having renewed in faith. Dennis Roldan surrendered himself to God and became a born-again Christian. He became a pastor of Jesus Christ the Life Giver Ministry in Quezon City, Philippines in 2006.

Dennis Roldan started his acting career back in 1979, appearing in the movie entitled “Kambal Sa Uma,” in 1981 he was cast in “Salome,” and in 1985, he starred in the film “Paradise Inn.” It was in 1983 that he received an award for Best Supporting Actor from the Metro Manila Film Festival in the movie “Hot Property.” He then played a role of a kidnapper in the movie “Terrorist Hunter,” with Eddie Garcia on the lead role in 2005. 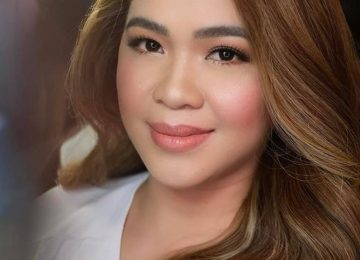