One of the legendary favorite Filipino actors of all times in the history of Philippine cinema is Bembol Roco, also called Rafael Aranda Roco in real life. He was born on November 20, 1953 and was blessed with twin sons namely Felix and Dominic, two boys and a daughter. He has several awards and recognitions in his name and has been considered by the movie critics to be one of the best in the field of showbiz entertainment. Bembol’s role in the blockbuster movie “Maynila: Sa Kuko Ng Liwanag,” was one of the highly distinguished movie in Philippine cinema and won him two Best Actor Awards.

He also portrayed different roles in several movies like an Australian film entitled “The Year of Living Dangerously.” As versatile as he is, he had done numerous movies in villain roles and other supporting roles such as in “Sine Novela: Tinik Sa Dibdib,”and also in an indie film “Dagim” in 2010 under the direction of Joaquin Pedro Valdes. “Sa Piling Ng Mga Sugapa” gave him an Urian Award and two other awards for his performances in Television. Wayback “Esperanza” days, he was also cited as Best Actor in Drama for Star Awards.

Bembol Roco was also paired with the superstar Nora Aunor in TV5’s just concluded teleserye entitled “Sa Ngalan Ng Ina,” wherein he played a town politician which was hit by an assassins’ grenade. The concept was similar to the Plaza Miranda bombings and a remembrance of the late Senator Ninoy Aquino’s final hours. This is another priceless winning role performed by Bembol in which he was given recognitions.

Bembol Roco recalls his most memorable performance in CCP’s “Ulilang Tahanan,”where he personally relates his role to his life. He was once, he said, a black sheep of the family. Bembol still remembers the pains he had caused his parents. Fatherhood brought him back to his senses and opened his eyes to new and bigger responsibilities he never thought of. Bembol would often wake up, prepare breakfast and bring his children to school. In a dressing room of the CCP, he was seen wiping his tears away privately in a particular dressing room. The role deeply touched him, because it has to do with fathers who have children that went astray.

Bembol’s colleagues in the play helped him get over with the character. He felt extremely emotionally drained by the role. Today, he sees himself fulfilled in what he is doing. He has a beautiful family and a consistent acting career. He never fails to learn, set goals and achieve it. 30 years in the movie industry made him more mature and learned, yet he still continues to discover new things to better his acting.

Lino Brocka was Bembol’s mentor. He taught him basically almost everything about how to be an actor. He played a fatherly role to him that when he died, Bembol was also devastated. If it weren’t for Director Lino, Bembol is not the Bembol Roco we had known. The only regrets he had was not able to finish school.

Posted by Profiles - March 4, 2021 0
Geoff Eigenmann is a model, an actor and a host who comes from a clan of show business personalities. He… 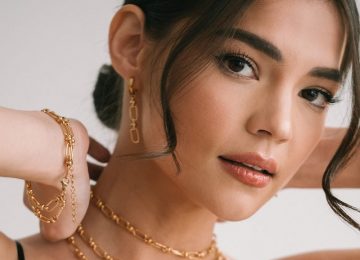 Posted by Profiles - March 4, 2021 0
Rhian Denise Ramos Howell or known as Rhian Ramos was born on October 3, 1990 in Makati, Philippines. Her parents… 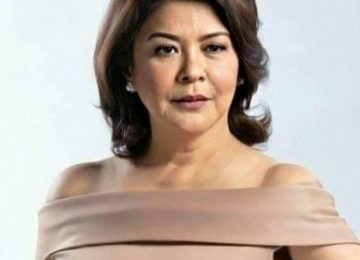