Angelika De La Cruz, a Filipina actress, singer and businesswoman is born Maria Lourdes Egger dela Cruz on October 29, 1981. Her father, Ernie Dela Cruz is of Filipino descent and her mother Angelica Egger is of Italian and Austrian descent. Her father is openly gay and Angelika accepts his personality. She has three siblings; a sister is also an actress, Mika Dela Cruz and two brothers, Erick and Edward one of whom is the lead singer for the boy band Freshmen. Her younger brother died of a vehicular accident. Angelika currently resides in Malabon, Manila and she is the owner of Starz Bar and Restaurant.

Angelika De La Cruz  started her career in 1995 and has appeared in many television shows and movies and recorded several albums as well. It was in the movie Nights Of Serafina wherein Angelika started her debut in acting where she co-starred with the actress Georgina Ortega. The movie was successful and gained Angelika a Best New Actress of the year award at the PMPC Star Awards for Movies. It was in this movie that ABS-CBN noticed her potential and talents and casted her in the popular soap opera Mara Clara together with Judy Ann Santos and Gladys Reyes. Angelika also appeared in the drama series Esperanza which achieved high ratings. She appeared in the movie Magandang Hatinggabi with actor Jericho Rosales who was linked to her. She also appeared in Oka-Tokat a teen oriented horror series. She was critically acclaimed in the movies Manananggal Ng Maynila and Esperanza: The Movie.

Being known as the sweet and charming girl her career took a different way in 2006 when she played the role of an antagonist in the hit drama series Bituing Walang Ningning. Her extraordinary performance as Lavina Arguelles in this drama series won her a Best Actress Nomination at the 2007 PMPC Star Awards for Television and a Best Actress Award in The Gawad Amerika. After the said drama series she then appeared in the afternoon drama Prinsesang Banyera.

Aside from being known as a good artist, Angelika also loves to sing. She is a good singer and Angelika was able to release her self-titled album in 1996. Another album, My Only Wish was released in 1999. Her beautiful voice caught the attention of Imperial Records’. The recording company got her to record some songs and eventually gained international fame and made Angelika popular not only in the Philippines but also in Japan.

In her earlier career she was linked to the actor Jericho Rosales. She also dated actors Mico Sotto and Victor Neri. Being beautiful and talented as she is, two of her leading man in the film Habang Kapiling Ka, Erik Santos and Ahron Villena expressed an admiration towards the actress. Derek Ramsey and Kempee de Leon confirmed to court the actress. In an episode in Showbiz Central, the actress admitted to the public that she married Orion Casareo in August of 2008 and was then expecting their first child.

Posted by Profiles PH - April 30, 2016 0
Vice Ganda, one of the most popular comedian celebrity turned host in the Philippines is known in real life as… 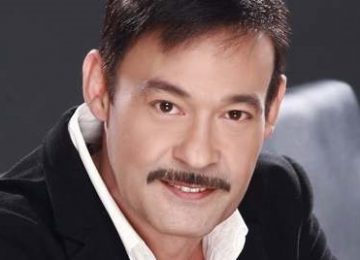 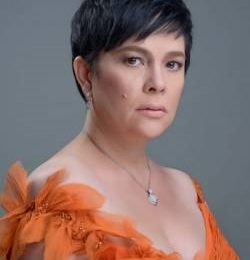 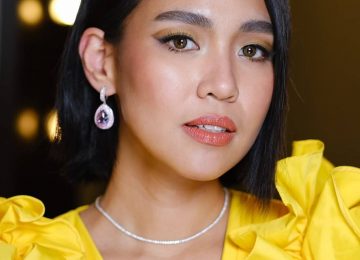 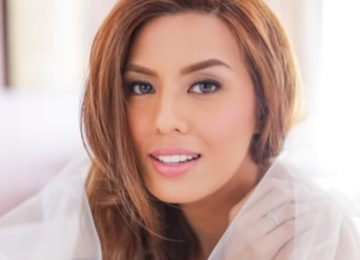 Posted by Profiles PH - January 20, 2016 0
Nikki Gil is Monica Pauline Gil in real life who is a Filipino actress, singer, model, host and VJ with…