Alodia Gosiengfiao was born on March 9, 1988 and her real name is Alodia Almira Arraiza Gosiengfiao who is a Filipino cosplayer, model, singer and a recording artist. She is also a popular endorser and an ambassador and VJ for Animax-Asia called the “Ani-Mates,” and was a co-host of Laugh Out Loud, a prank show over ABS-CBN. Alodia is also popular in her own right and being featured here and abroad. She has also ranked number 87 in the FHM magazine 100 Sexiest women in 2009 and in 2010 she ranked number 76 and was named by UNO Magazine as one of the Most Influential Women in the Philippines.

Her parents gave her the name Alodia which meant ‘love” and Almira meaning “princess.” She was born to Mariglor and Ed Gosiengfiao, and has a sister named Ashley who plays the piano and is also a cosplayer and a model. Aloida comes from a mixture of Filipino, Chinese and Spanish descent and she loves art, fashion, gadgets, video games, collecting toys and figurines and playing the piano. She is staying in Quezon City right now with her parents.

She went to Assumption College from pre-school to Grade 2 and later transferred to the Mirriam College from Grade three until she graduated from high school. Alodia then went to Ateneo and took up a BFA degree in Information Design where she graduated in 2009. She was a member of the Mirriam College High School pep Squad, worked on an art commission for international clients, and displaying digital as well as traditional art works.

She became interested in Cosplay after she was encouraged by her friends in the Anime Club and started at the age of 15, by joining various contests and competitions. When she won 3rd place she and Ashley was featured in one of the issues of Manga Magazine. She became popular and eventually cosplayed more than 40 anime characters and oftentimes invited to be the judge, a guest, a performer, or a participant in various Cosplay competitions.

Her endorsements flourished, with numerous advertisers offering her to endorse their products such as a whitening product, a Japanese Sushi bar, a toy collector and figurine distributor, a clothing line and a Japanese snack. Alodia had been endorsing a lot of video games, became a member of the muse guild, a game moderator and was given the title of “Community Manager.”

Alodia was also featured in several local and international magazines such as Candy Magazine, Preview magazine, Game! Magazine, Philippine Daily Inquirer and Manila Times. Alodia had also appeared in a variety of TV shows such as Mog TV, QTV 11, Front Act, Matanglawin, Mel and Joey and Pinaka. She was featured in one of the TV shows in Tokyo “Culture: Japan” and featured her artworks and collections, comic books and shown in the Animax.

Currently, she and her sister are still busy attending to Cosplay events and promoting various endorsements. Alodia can be seen in various TV programs and some international shows who are cosplays aficionados. 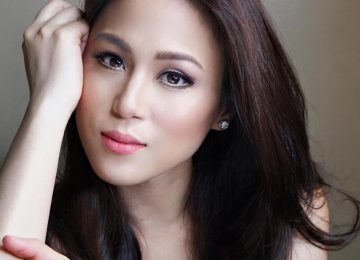 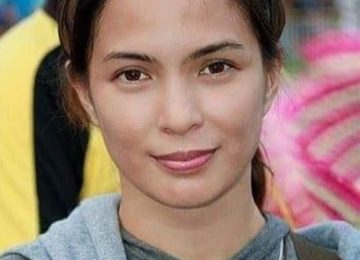