Vhong Navarro is born as Ferdinand Hipolito Navarro in Makati City on January 4, 1977. He is an actor, dancer, singer and a comedian and is a member of the dance group Streetboys. His manager is Chito Roño who first discovered his acting, singing and dancing talents. Vhong is also a product endorser of RRJ, Lucky Me, Sprite, Selecta Ice Cream, Jag Thug, Blu Tab, Jag Jeans and Pop Cola. His father is Danilo Navarro and his mother is Imelda Hipolito. He used to be married to Lalaine Bianca Lapus but their marriage was annulled in 2008. They have 2 sons named Isaiah and Fredriek.

His solo movie, Gagamboy launched him as an actor in 2004 under Star Cinema which was its entry in the Metro Manila Film Festival. This was followed by Mr. Suave: Hoy! Hoy! Hoy! Where he took the lead role in the film. Because of his witty and funny acting, he was launched as a comedian and he tagged himself as the Jim Carrey of the Philippines. He sang the ABS CBN radio station’s official jingle. He also brought into the Philippines the dance craze Pamela which was a hit among the public and it was followed by his popular dance steps for Otso Otso and followed by Totoy Bibbo. His albums of these songs reached a double platinum record. His other album Don Romantiko however did not make such a hit as his previous albums.

Posted by Profiles - March 4, 2021 0
Daniel Padilla, a Filipino actor and recording artist was born Daniel John Ford Padilla on April 26, 1995. He is… 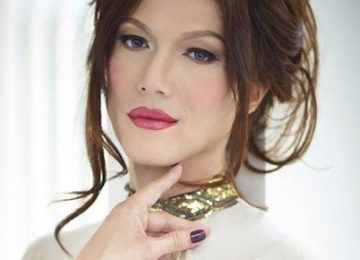