Migz Zubiri is an incumbent senator who has served in both chambers of Congress since 1998. He is also the current Senate majority floor leader. He began his career as a legislator in 1998 when he was elected to represent the 3rd District of Bukidnon, a seat previously held for three consecutive terms by his father

Joel Tesdaman Villanueva is an incumbent senator who previously represented the Citizens’ Battle Against Corruption party-list in the lower house and was director-general of the Technical Education and Skills Development Authority. He also currently heads the Senate’s labor panel. Joel Villanueva has twice been ordered to vacate legislative posts. In 2010, the Supreme Court ruled that

Harry Roque, is an international law and human rights lawyer, law professor and politician who most recently served as the spokesman to President Rodrigo Duterte. As the president’s mouthpiece, he often drew flak on social media for defending the administration’s controversial policy choices and Duterte’s inflammatory statements, often perceived as contradictory to Roque’s track record

Rodante Marcoleta an incumbent SAGIP Party-list representative, has served in Congress for more than 11 years. In the House of Representatives, where he serves as deputy speaker, he was among the principal authors of the controversial Anti-Terrorism Act of 2020. Along with other staunch allies of President Rodrigo Duterte in the lower house, Marcoleta pushed for

Loren Legarda is a broadcast journalist, environmentalist and legislator who has served in Congress for more than 30 years. She is also an advocate for a variety of causes including the promotion of Philippine culture and the arts. After almost two decades in broadcast journalism, Legarda was first elected to the Senate in 1998 where

Risa Hontiveros is an incumbent senator who has served in Congress for more than 11 years. In that time, she authored several landmark laws on mental health, healthcare, women, children, and persons with disability. She is also a main proponent of the Sexual Orientation and Gender Identity Expression Equality Bill which has been stalled at the

Win Gatchalian is a businessman and politician who is currently serving his first term as senator. He is also the chairman of the Senate committees on basic education and energy. Win Gatchalian previously served as the representative of the 1st District of Valenzuela City from 2001 to 2004 and from 2013 to 2016. In between 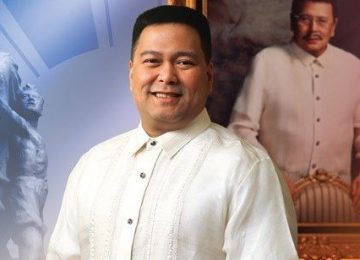 JV Estrada Ejercito has served in Congress for nearly a decade. His career as a legislator began in 2010 when he was elected district representative of the City of San Juan. He went on to serve one term in the Senate from 2013 to 2019. Prior to his election to the Senate, he followed his father,

Monsour del Rosario is a former Olympian, taekwondo champion, actor and politician, who has contested several electoral races in Makati City to mixed results. In 2010 and 2013, he was elected as councilor of the 1st District of Makati City after failing in his initial attempt for the same position in 2007. He successfully ran Teodoro “Teddy” Brawner Baguilat Jr. is a politician, journalist, activist, and advocate of indigenous people’s rights. He served as a representative of the lone district of Ifugao from 2010 to 2019. Prior to his stint in Congress, he was Ifugao governor from 2001 to 2004, and from 2007 to 2010 in his second term. He