Jinggoy Estrada is an actor, film producer and politician. He is the eldest son of former President Joseph Estrada and former senator Luisa P. Ejercito Estrada.

He won his first senatorial race in 2004, some three years after his father’s impeachment trial and subsequent resignation. The former president was arrested and faced plunder charges in April 2001, along with supposed co-conspirators including the younger Estrada who was accused of collecting jueteng money in Bulacan and keeping kickbacks for himself during his last term as San Juan mayor.

Jinggoy Estrada was acquitted by the Sandiganbayan in 2007, unlike his father who was convicted and sentenced to reclusion perpetua but later pardoned by President Gloria Macapagal-Arroyo.

During his first term in the Senate, he principally authored 20 laws. He was reelected in 2010 and served as Senate president pro tempore for both terms.

Jinggoy Estrada was among those charged by the Ombudsman in 2014 for plunder and several counts of graft, for allegedly receiving at least P183.8 million in kickbacks from Janet Napoles for endorsing her fake non-governmental organizations to implement projects to be funded by his Priority Development Assistance Fund from 2004 to 2012. The PDAF or so-called pork barrel fund system was declared unconstitutional by the Supreme Court on Nov. 19, 2013.

Jinggoy Estrada was arrested and detained at the Philippine National Police Custodial Center in June 2014 and was suspended by the Senate in September 2014 for 90 days. Estrada was granted bail and released in September 2017 but his plunder case remains pending.

While he was detained, his half-brother Joseph Victor “JV” Ejercito was among the legislators who signed a Senate committee report on the pork against Estrada and former Senators Ramon “Bong” Revilla Jr. and Juan Ponce Enrile, sparking an ongoing feud between the half-brothers. Both he and Ejercito launched failed senatorial bids in 2019.

Jinggoy Estrada is campaigning on continuing his advocacy and legislative work on labor. He recently expressed support for the mandatory vaccination of workers.

He is running under the UniTeam senatorial slate of fellow presidential children Ferdinand “Bongbong” Marcos, Jr., son and namesake of the late ousted dictator Ferdinand Marcos, and Sara Duterte, mayor of Davao City and daughter of the incumbent president. Estrada also recently secured the endorsement of President Rodrigo Duterte.

Estrada started his political career in San Juan, the bailiwick of the Estrada clan, and served as its vice mayor and mayor from 1988 to 2001.

During his 12 years in the Senate, Estrada principally authored 20 laws, including the Green Jobs Act of 2016, the Domestic Workers Act of 2016, the Food Safety Act of 2013, the Foster Care Act of 2012 and the Anti-Distracted Driving Act. He was also twice elected as Senate president pro tempore.

Estrada has faced plunder charges twice. He was arrested and tried for his involvement in the jueteng scandal that ultimately led to his father’s impeachment and resignation in January 2001–particularly, for collecting jueteng money in Bulacan and keeping kickbacks for himself, from 1999 to 2000 or during his last term as San Juan mayor. He was acquitted by the Sandiganbayan in 2007 due to the prosecution’s failure to prove guilt beyond unreasonable doubt.

In 2013, the Commission on Audit released a special audit report on the alleged misuse of PDAF funds by lawmakers from 2007 to 2009, triggering a Senate probe in late August of that year.

On Sept. 12, 2013, pork barrel scam whistleblower Benhur Luy confirmed that he transacted with the offices of the three senators identified in the special audit report: Estrada, Enrile and Revilla. That same month, plunder charges were filed by the justice department against Napoles, the three senators and other individuals.

The Senate blue ribbon committee released a list of government officials with whom Napoles transacted, which list included Estrada. In June 2014, Estrada and the others accused were charged by the Ombudsman for plunder and several counts of graft. They allegedly received at least P183.8 million in kickbacks from Napoles for endorsing her fake non-governmental organizations to implement the projects to be funded by his Priority Development Assistance Fund from 2004 to 2012. The PDAF or so-called pork barrel fund system was declared unconstitutional by the Supreme Court on Nov. 19 2013.

Estrada was arrested and detained at the Philippine National Police Custodial Center in Camp Crame in June 2014, and later preventively suspended by the Senate in September 2014, for 90 days, in accordance with an order issued by the Sandiganbayan. Estrada was granted bail and released in September 2017 after more than three years in detention. His plunder case remains pending, amid delays partly due to the pandemic, after the Sandiganbayan denied his bid to dismiss the case via demurrer to evidence in 2019.

He ran an unsuccessful bid for the Senate in 2019 and remained in the private sector.

On May 3, 2020, Estrada was arrested by members of the PNP over alleged violations of enhanced community quarantine rules in San Juan City, including failure to observe physical distancing while distributing relief goods. Estrada’s daughter and former vice mayor of San Juan City, Janella Estrada, said the arrest was politically motivated. Her rival and incumbent Mayor Francis Zamora insisted that former Senator Estrada did not have a quarantine pass and failed to coordinate with the local government, in violation of directives issued by the Department of Interior and Local Government in April 2020. Estrada was released with a warning after three hours at the San Juan City Police Station.

The warning that Estrada earned for such violations caused some criticism, comparing the relatively light penalty imposed on him to the harsher treatment that less prominent and ordinary citizens received especially during the early weeks of the pandemic-induced lockdown.

Estrada followed in his father’s footsteps, acting in movies before and throughout his political career. He also produced a number of films.

Posted by Profiles - March 4, 2021 0
Hajji Alejandro is the screen name of Angelito Toledo Alejandro, born on December 26, 1954 and is a popular Filipino… 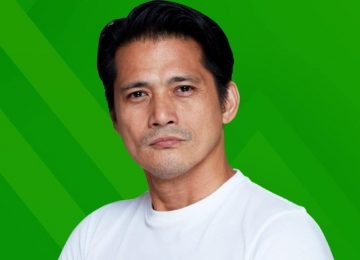