Manny Piñol held various positions in Cotabato, including three consecutive terms as governor until 2007 and vice governor until 2016 when he was appointed agriculture secretary by President Rodrigo Duterte. He was made concurrent head of the National Food Authority Council in September 2018 and chair of the Mindanao Development Authority in 2019. Manny  Piñol

Win Gatchalian is a businessman and politician who is currently serving his first term as senator. He is also the chairman of the Senate committees on basic education and energy. Win Gatchalian previously served as the representative of the 1st District of Valenzuela City from 2001 to 2004 and from 2013 to 2016. In between

Lady Anne Sahidulla is a politician who describes herself as the princess of the poor, descending from the Sulu royal sultanate but supposedly growing up with very little in the Municipality of Indanan. She served as mayor of Banguingui, Sulu, from 1998 to 2001, vice governor of the same province from 2004 to 2010 and representative

Jinggoy Estrada is an actor, film producer and politician. He is the eldest son of former President Joseph Estrada and former senator Luisa P. Ejercito Estrada. Before serving two consecutive terms as a senator until 2016, Estrada held posts in his family’s bailiwick, San Juan City, as vice mayor in 1988 and then three consecutive terms

JV Estrada Ejercito has served in Congress for nearly a decade. His career as a legislator began in 2010 when he was elected district representative of the City of San Juan. He went on to serve one term in the Senate from 2013 to 2019. Prior to his election to the Senate, he followed his father, 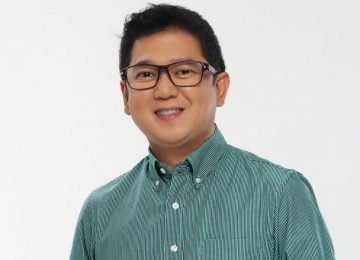 Herbert Constantine Maclang Bautista (born on May 12, 1968 in Quezon City), popularly known as “Bistek,” is an actor and politician. He was Quezon City vice mayor from 2001 until 2010, and city mayor from 2010 to 2019. He served as commissioner of the National Youth Commission from 1999 until 2001.He has been the commander Teodoro “Teddy” Brawner Baguilat Jr. is a politician, journalist, activist, and advocate of indigenous people’s rights. He served as a representative of the lone district of Ifugao from 2010 to 2019. Prior to his stint in Congress, he was Ifugao governor from 2001 to 2004, and from 2007 to 2010 in his second term. He

Abner Labastida Afuang (born on March 22, 1944 in Pagsanjan, Laguna) is a politician, media practitioner, and former police officer. Abner Afuang served as mayor of Pagsanjan, Laguna, from 1998 to 2001. He lost his reelection bid in 2001, as well as an attempt at the Laguna vice gubernatorial post in 2006. In his 2019

Francisco Moreno Domagoso is a Filipino politician. He is the 27th mayor and a former Vice Mayor of the City of Manila, the capital city of the Philippines; and a former three-term councilor of the city’s first congressional district. The life of Francisco “Isko Moreno” Domagoso is a story of success, triumph and victory. It