On Monday, August 2, 2021, Alexa Ilacad revealed in an Instagram post that she made it to the Dean’s List with a 1.0 general weighted average (GWA). She is finishing her Marketing Management degree at Treston International College School of Business and Technology in Taguig City.

Alexandra Madarang Ilacad, better known as Alexa Ilacad is a Filipino actress, singer, dancer and model. She appeared in a various commercials and shows of ABS-CBN. She rose to prominence when she joined the kiddie gag show Goin’ Bulilit. She was first seen in TV commercials, such as Vaseline shampoo between 2004 and 2005.

Alexa Ilacad was cast as Lexie Domingo in the youth-oriented comedy TV sitcom Luv U. She was paired with Nash Aguas who played the puppy love of Lexie, Benjamin Jalbuena. Alexa Ilacad and Nash Aguas were paired again to do Camille and Drew in the adaptation of a wattpad story Bagito. They were paired again in primetime series The Good Son alongside Jerome Ponce, Loisa Andalio, Mccoy De Leon, Elisse Joson and Joshua Garcia.

Alexa Ilacad recently released an album under Star Records entitled To The Moon And Back. It has a total of 6 songs including the acoustic version of her song “Kahit Saan, Kahit Kailan“. She was helped by Gracenote’s especially its vocalist, Eunice Jorge for her album. Then Ilacad was cast as Luna Dela Cuesta, in The Killer Bride.

Alexa Ilacad is enrolled in Treston International College’s School of Business and Technology, where she has been part of the dean’s list since her sophomore year.

Alexa has always been a consistent honor student. In March 2019, she ended her first year in college as a Dean’s Lister with a 1.47 GWA. A few months later, in November 2019, she was named as one of the top students in her college program after receiving a 1.45 GWA. At the time, she was in her second trimester of her second year in college.

According to Treston International College’s official website, it would take a student five years to finish their Marketing Management program: two years in senior high school and three years in college. 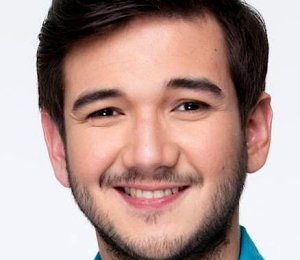