José Sixto Raphael González Dantes III is also known to many as Dingdong Dantes. He was born on August 2, 1980 at Quezon City Philippines. Aside from being a good actor, he is also a print and commercial model and a director. He went to college at San Beda College and took up the course Marketing Management but later on he transferred to Ateneo de Manila University where he pursued a course in Interdisciplinary Studies and Communication Arts. He is currently signed as a talent exclusively for GMA 7 as of this year.

Dingdong is the son of Jose Dantes and Angeline Gonzalez Dantes. He began his career starting off as a child model appearing in commercials for a dairy product when he was just 2 years old. He did several more commercials before he became a member of an all-male dance group called Abstract Dancers. They had been a regular performer on Eat Bulaga, a noon time show on GMA 7 and That’s Entertainment. He first appeared in the movie Shake Rattle and Roll V.

When he was seventeen years old he debuted on a youth oriented show T.G.I.S. His costar Antonette Taus in T.G.I.S became his real to life girlfriend. Being a pair allowed them to make more movies and among the first movies they made were Honey My Love So Sweet and I’m Sorry My Love. He also starred in some television series like Anna Karenina. He has been a part of television series like Sana Ikaw Na Nga and Encantadia where he met his former girlfriend Karylle. Other television series are: Atlantika, Marimar where he met his present girlfriend Marian Rivera. He also appeared in Dyesebel still with Marian Rivera.

Aside from acting, Dingdong is also a good host. He hosted special shows like the Binibining Pilipinas Pageant which is held every year. He was also host of the reality show Star Struck that was aired on GMA 7. He also starred in different movies like Twin hearts, Magkapatid, Pangarap Ko ang Ibigin Ka. He co-starred with big actors in the Philippine industry like Christopher De Leon, Sharon Cuneta, Regine Velasquez and Judy Ann Santos. One of his unforgettable movies is Moments of Love which was a box office hit. Directing movies is also one of his passions. He finds time to meet this. Some of the movies he directed was Wag Kukurap ( 2004) and Kakabakaba Adventures (2004). 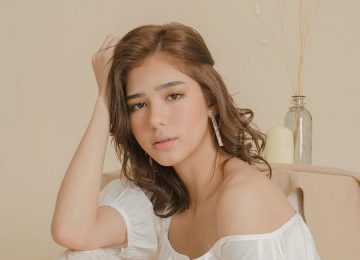 Posted by Profiles - March 4, 2021 0
Marietta Subong who is popularly known as Pokwang in Philippine show business is born on August 27, 1970 in Antipolo…

Posted by Profiles - March 4, 2021 0
Alodia Gosiengfiao was born on March 9, 1988 and her real name is Alodia Almira Arraiza Gosiengfiao who is a…