Alfie Lorenzo is a talent manager, columnist and a TV host in the Philippine movie and television industry. He has handled big stars one of them is a soap opera princess, Judy Ann Santos. He celebrated his 74th birthday last January at the Imperial Palace Suites at Timog Avenue, Quezon City. He has worked on almost all networks, either as a host or a guest or even as judge in various TV search competitions held in different networks. He is originally from Pampanga, and his relatives and family are staying in the province.

It was recalled that it was in 2010 that he suffered a heart seizure, or a mild heart attack. He was then treated through an emergency angioplasty and was under medication. Judy Ann was the one who assisted him to St. Luke’s Medical Center, after he was emergency treated at Capitol Medical Center. She said that she hopes people around him would encourage him to stop smoking and change his lifestyle for a better and improved health.

Alfie Lorenzo is now flaring up because of his talent Judy Ann contract with ABS-CBN. The said actress had been with the network for 20 years now, and the contract is still the same and only the date changes, Alfie reveals. So he was just wondering what’s taking them too long to release the contract with her talent. The contract had already expired last July and up to now there is no sign for any contract whatsoever. Even the drama series of Judy Ann Santos “Huwag Ka Lang Mawawala,” suffered and had to be cut short because of some misunderstandings.

Alfie is now set to have a talk with no other than the TV5 big wig businessman Manny Pangilinan for a possible transfer of his talent to the network. Alfie confirmed that Judy Ann had already nodded and agreed for a dinner meeting on the possible talk. Alfie had to defend his talent because she is experiencing some kind of depression right now for the problem she faces with ABS-CBN Management. It has been years that TV5 and GMA 7 had been enticing and prodding the actress to jump ship with their networks. Everything remains to be seen, and it’s a wait and see thing for Alfie and his talent. Since Alfie is the talent manager, he should always protect the interests of his talent for that is his job, he says.

Posted by Profiles PH - May 5, 2016 0
Jasmine Casandra Ojales Curtis-Smith, popularly known as Jasmine Curtis was born on April 6, 1994 in Melbourne, Australia. She is… 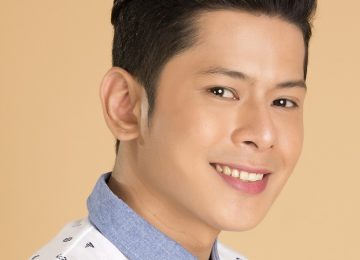