Aicelle Anne Coronel Santos-Zambrano (born February 24, 1985), is a Filipina singer-songwriter, pianist, and actress who first emerged in the Philippine music scene as a contestant in Star in a Million. She has been known as the “First Undefeated Pinoy Pop Superstar“, when she achieved eight straight wins in GMA Network’s Pinoy Pop Superstar, She is an International Stage Diva who played Gigi in Miss Saigon, “ Eat Bulaga’s Traffic Diva“, and known as the one and only “Soul Flair Songstress“.

At the age of six, Aicelle Santos or “AA” received abecedarian musical training at the St. Theresa’s College Quezon City, and the University of the Philippines College of Music for piano. The early training allowed Aicelle to indulge in her original dream to become a famous pianist. However, a shift in focus took place as she realized she would rather be a famous singer than be a known pianist. Aicelle’s inspiration on the field came from Walt Disney’s character Ariel from the movie The Little Mermaid. The movie’s theme song “Part of Your World” was the first song Aicelle memorized, which she also performed during her elementary school programs.

While still at her first year of college at the Pamantasan ng Lungsod ng Maynila, Aicelle joined ABS-CBN’s Season 1 of Star in a Million (2003), her first take on a nationwide televised singing competition. The competition opened many doors for Aicelle. Although she sometimes struggled, she eventually struck a balance between attending university and focusing on her blossoming singing career.

Aicelle Santos took advantage of the minor fame that her Star in a Million appearance gave her and showcased her talents on top performers’ settings with a new acoustic group Dream Sequence. Dream Sequence proved to be a success on its own right, and brought its three members to many cities around the Philippines. The Metro’s prime stages Bagaberde, Chef and Brewer, Phi Bar, Fiesta San Miguel in Dusit, E’s Bar in Edsa Shangri-La, and others became the group’s main performing stages. The nightly gigs are believed to have been Aicelle’s training ground for improving her vocal and stage performance.

In 2018, Santos bid farewell to fans as she will be leaving for United Kingdom to star as Gigi Van Tranh in the hit musical Miss Saigon. 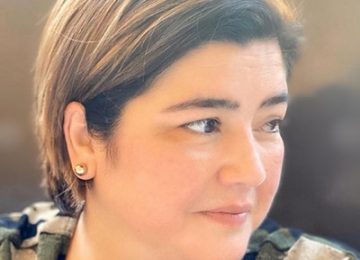 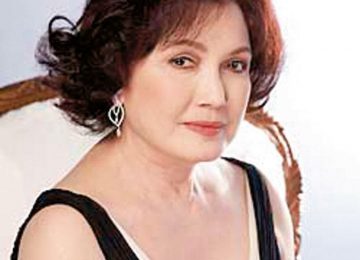 Posted by Profiles - March 4, 2021 0
Helen Gamboa is a veteran Filipina actress, singer and a former beauty titlist holder. She was born on May 7,…