Perhaps it is only Senator Vicente C. Sotto III among the present crop of senators who can seamlessly switch from one career to another–being an accomplished public servant, lawmaker, sportsman, and artist in his own right.

Vicente C. Sotto III has excelled in all these fields—uncompromising and giving his best—as a true master of his own fate.

So far, he has sponsored and authored more than a hundred laws, making him one of the most prolific senators.

Except for a brief period of two years, Sotto has been in public service for the past 24 years, starting in 1988 when he entered politics as Vice Mayor of Quezon City. He was by then an accomplished actor, artist, musician and sportsman.

Unknown to many, Vicente C. Sotto III is a multi-awarded bowler, winning in several international competitions. He showed his bowling skills at the Colegio de San Juan de Letran where he took up Bachelor of Arts, major in English.

Seven times, he was part of the national bowling team and garnered several gold several times. The height of his bowling came in 1978 when he represented the national team at the AMF Bowling World Cup in Bogota, Colombia and in 1984, in Sydney, Australia.

At the same time, Sotto also excelled in the arts. He conceptualized, produced and recorded the VST and Co. which churned out Original Pilipino Music (OPM) hits one after the other. He also produced Filipino artists like Sharon Cuneta, Freddie Aguilar, Rico J. Puno, Anthony Castelo, Asin, among many others.

A lyricist and a tunesmith, Sotto provided the voice, the words, composed and arranged around 80 songs, based on the registry of the OPM.

Some of these include “Dakilang Lahi,” which has been adopted as one of the official songs of the 1998 Philippine Centennial Celebrations and “Magkaisa, which is better known as the official anthem of the 1986 EDSA People Power Revolution.

As the arts is a cousin of show business, Sotto also dabbled behind the silver screen and the TV business. Along with his brother Vic Sotto and close friend Joey de Leon, they provided entertainment with their knack for comedy. They also played hosts to the long-running lunch time show Eat Bulaga, providing cheers and hope to the masses.

In the celluloid world, they were an unbeatable trio in the box-office.

At the height his popularity, public service beckoned. Sotto realized there was more to life and it was time to give back.

Championing the war against illegal drugs, Sotto won by a landslide the vice-mayoral race in Quezon City. Fulfilling his vow to drive out illegal drugs, he founded and organized the Quezon City Anti–Drug Council, which had been replicated in many local government units.

Sotto would pursue with unrelenting vigor the war against illegal drugs, whether in the Senate or in government service. He had chaired the Senate committee on illegal drugs and led the Dangerous Drug Board as chair from July 2008 to Nov. 2009.

For his anti-illegal drug stance, he was twice honored by the US-based International Narcotics Enforcement Officers Association, where he is also a member.

Sotto capped his LGU stint by founding the Vice Mayors League of the Philippines, where he was its first president and president emeritus thereafter.

In 1992, he sought higher office and thus began his two-decade public service as senator. He topped the senatorial race. He completed fruitful two-terms, chairing many committees, among them public services, science and technology, local government and tourism. He also chaired the joint oversight committees on local government, youth and sports development and rural development.

In the 2010, he sought and won a fresh term as senator and in recognition of his hard work and dedication, Sotto was named Majority Floor Leader for the second time.

It is not only in his professional life that Sotto excels. His marital union and bliss to now part-time actress Helen Gamboa is a rarity in showbusiness—bonded by fear and love of God. He is also a doting father to Romina Frances, Diorella Maria, Gian Carlo and Ciara Anna.

For him, his family is his best treasures, and an untarnished record as a public servant, his lasting legacy. 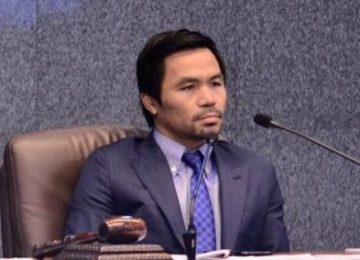 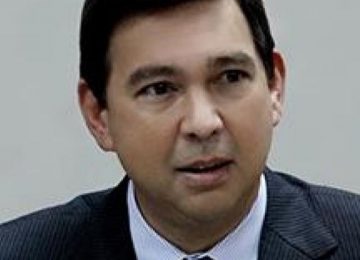 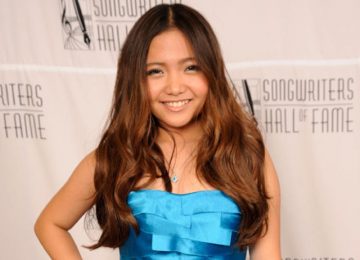