Samuel Lawrence Lopez Concepcion is also known as Sam Concepcion in Philippine Movie Industry. He was born on October 17, 1992 in Manila. He is a Filipino actor, singer, dancer, model, host and the grand winner of the Big Division in the Little Big Star Season 1 of the ABS-CBN reality search for new talents. The third among four children of Raymund Concepcion and Gene Concepcion and a born-again Christian, he graduated his elementary education at Christian Academy of Manila after which he was enrolled under the home school program of the International Studies.

Dancing and singing at an early age of two, he was born a total performer. His first unforgettable performance in public was at their church worship cantata where he was barely five years old. This exposure triggered a role as young Jose Rizal in a stage play entitled “Sino Ka Ba Jose Rizal.” Little did he know that he will be discovered by David Cosico and offered him the opportunity to join STAGES and be a member of Trumpets Playshop to further enhance his potential as an artist. By the time he reached the age of nine years old, he had already participated in several plays which included “The Lion, The Witch and The Wardrobe” where he played the role of Edmund Pevensie.

Endowed by acting and singing talents, he appeared in different TV commercials, other children oriented shows such as “Sineskwela” and “Hirayamanawari,” and was even hosting regularly on other TV shows in various channels. In the midst of these schedules, Sam always finds time to perform in theater and stage plays such as “Peter Pan and the Time Machine” and “Mr. Noah’s Big Boat.”

Although he’s been a winner in the Little Big Star paved the way for more breaks and opportunities in the showbiz world, he was already a star in his own right. He had endorsements from big companies like Bench and had been offered projects. “Mga Anghel Na Walang Langit” was his first major television show where he played the role of Gary. Later he was offered a role in “Super Inggo” as Boy Bawang, son of Kumander Bawang. In “Walang Kapalit,” he played the young Noel who was later played by Piolo Pascual. He was even tapped to voice an anime character Koyuki, in a musical anime Beck. If you can describe Sam Concepcion in one word, he is truly amazing.

Sam Concepcion had really gone a long way in terms of singing, acting, modeling and dancing but he never forgets to do better personally. Because of a good character, he was appointed by the Department of Education as the Youth Role Model and Spokepersonas, which encourages young students to take their studies seriously. He was also the spokesperson for the Philippines campaign against online piracy and using the internet safely. In the 3rd District of Manila, he was regarded as the Youth Ambassador for Education and Arts. He learned to achieve and understand the value of working in a very young age. 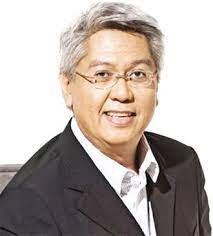