Alex Eala is the current Australian Open girls’ doubles title holder. She is the No. 2 ranked ITF junior, achieved on October 6, 2020. Eala has a career high WTA singles ranking of 505 achieved on Aug 9, 2021.

Her mother Rizza is a 1985 Southeast Asian Games bronze medalist in the 100-meter backstroke and currently serves as the chief financial officer of Globe Telecom. She is the niece of former Philippine Basketball Association commissioner Noli Eala. Her brother, Michael, plays tennis for the Pennsylvania State University.

At the age of 12, Eala won the 2018 Les Petit As 14-and-under tournament, beating Linda Nosková in the finals. She made her junior Grand Slam debut at the 2019 US Open. She was named the 2019 Milo Junior Athlete of the Year.

Alex Eala peaked in the Girl’s Junior rankings at No. 2 after reaching the semifinals at the 2020 French Open girls’ singles competition.

Alex Eala paid tribute to her roots on Independence Day following another Grand Slam triumph this time on the clay court in Paris. Eala and her Russian partner Oksana Selekhmeteva captured the French Open girls doubles title Saturday. They were the top seeds in the tournament, won after knocking off Maria Bondarenko of Russia and Amarissa Kiara Tóth of Hungary, 6–0, 7–5, in the final.

Alex Eala made her debut on the ITF Women’s Circuit on March 4, 2020 as a junior reserved in the $15K event at Monastir, where she won her first professional match. She leaped to the top 1000 in the WTA that was established by tennis legend Billie Jean King for professional women players comes after the teen prodigy secured her first pro tennis championship title at the first leg of the ITF W15 Manacor in Spain held in January 2021.

Alex Eala made to her first final for ITF doubles with Oksana Selekhmeteva and ended their run in the W25 Platja D’Aro in Spain Saturday night after falling short to Lithuania’s Justina Mikulskyte and Romanian Oana Georgeta Simion, 6-3, 7-5, in the final.

Filipina teen tennis sensation Alex Eala will be seeded 2nd at the 2021 US Open juniors tournament that is slated to run from September 6 to 11 at the Billie Jean King National Tennis Center in New York City. Eala reclaimed the No. 2 in the world junior’s circuit after her 2021 French Open girls doubles title romp with Russian star Oksana Selekhmeteva. The 16-year-old Filipina teen ace holds two Grand Slam titles in the girls’ doubles event.

Posted by Profiles - June 26, 2021 0
Alvin Vergara Patrimonio is a Filipino retired professional basketball player from the Philippine Basketball Association and is the current team… 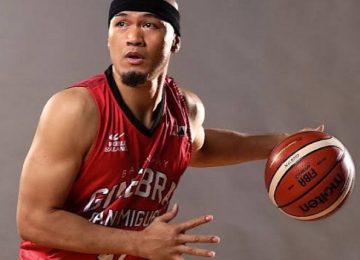 Posted by Profiles - June 26, 2021 0
Mark Anthony Caguioa is a Filipino basketball player for the Barangay Ginebra San Miguel of the PBA. Known as The…