Henry Omaga Diaz was born on January 9, 1961 and is a Filipino broadcast journalist, news anchor, radio newscaster and commentator under ABS-CBN network. He used to anchor Bandila and TV Patrol. He is also an anchor on Radyo Patrol Balita: Alas Kwatro Sabado on DZMM on Saturdays together with Toni Aquino and co-hosts Pasada Sais Trenta Sabado together with Jing Castaneda. Henry graduated from the Lyceum of the Philippines University in a degree on BS Journalism. The famous Dong Omaga-Diaz, a fashion designer is his brother.

He started his journey in broadcasting in 1981 as a news writer for Radio Veritas, and the rest of history. He has already served in the broadcasting media for 28 years and still counting. Henry managed to gain respect as one of the best in his field. He recalls sporting long hair and a thick mustache when he was still with Radio Veritas. It was actually a practicum but he was asked to stay which he did for ten years.

Henry came from the town of Guinobatan, Albay but was raised and grew up in Manila. Aside from his brother Dong, he still has three brothers and two sisters. He revealed that it was actually his grandfather who reared them that’s why they use the”Diaz,” as their surname. Diaz is their grandfather’s surname. Henry married Gigi Cabigon from the province of Basey, Samar where personalities and celebrities the likes of Boy ABunda, Bibeth Oreza and Aster Amoyo originated.

Henry began to be literally famous when he covered an expose on “The Correspondents,” featuring a “trapped” bold star inside a room in one of the hotels in Manila, to prove that some actresses sell their body to have some cash. He admits, he had also his share of death threats, and laughs that he literally owns a gun which his father gave him some years back, and it only became rusty. He doesn’t need a gun to protect himself, he adds.

His brother Dong always convinces Henry to drop by his shop for a fitting but always he is disappointed. Henry actually hates dressing up, he says, but today everyone can see Henry in a clean-cut and fashionable, dignified look. That is how his job had influenced him to be.

Henry had also experienced being victimized by an “Akyat-Bahay Gang,” stealing his valuables such as laptop and notebook. If there are more motives than stealing, that, he has no knowledge about.

Currently, you can still get to watch Henry on ABS-CBN various news and current affairs show, and still get the same ageless performance from this guy. It was recalled that he was allegedly being pursued by other networks to join their station, but Henry still proved his loyalty to the network that gave him the opportunity to hone his broadcasting skills. It was in ABS-CBN that he learned how his profession can be more challenging and fun at the same time. Still clothed with humility, we can still watch Henry as he continues his dedication as a dedicated and sincere broadcaster. 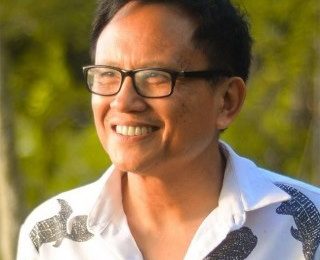 Posted by Profiles - March 4, 2021 0
Mel Tiangco was born on August 10, 1955 and is very famous Filipino television newscaster and broadcaster and a TV…